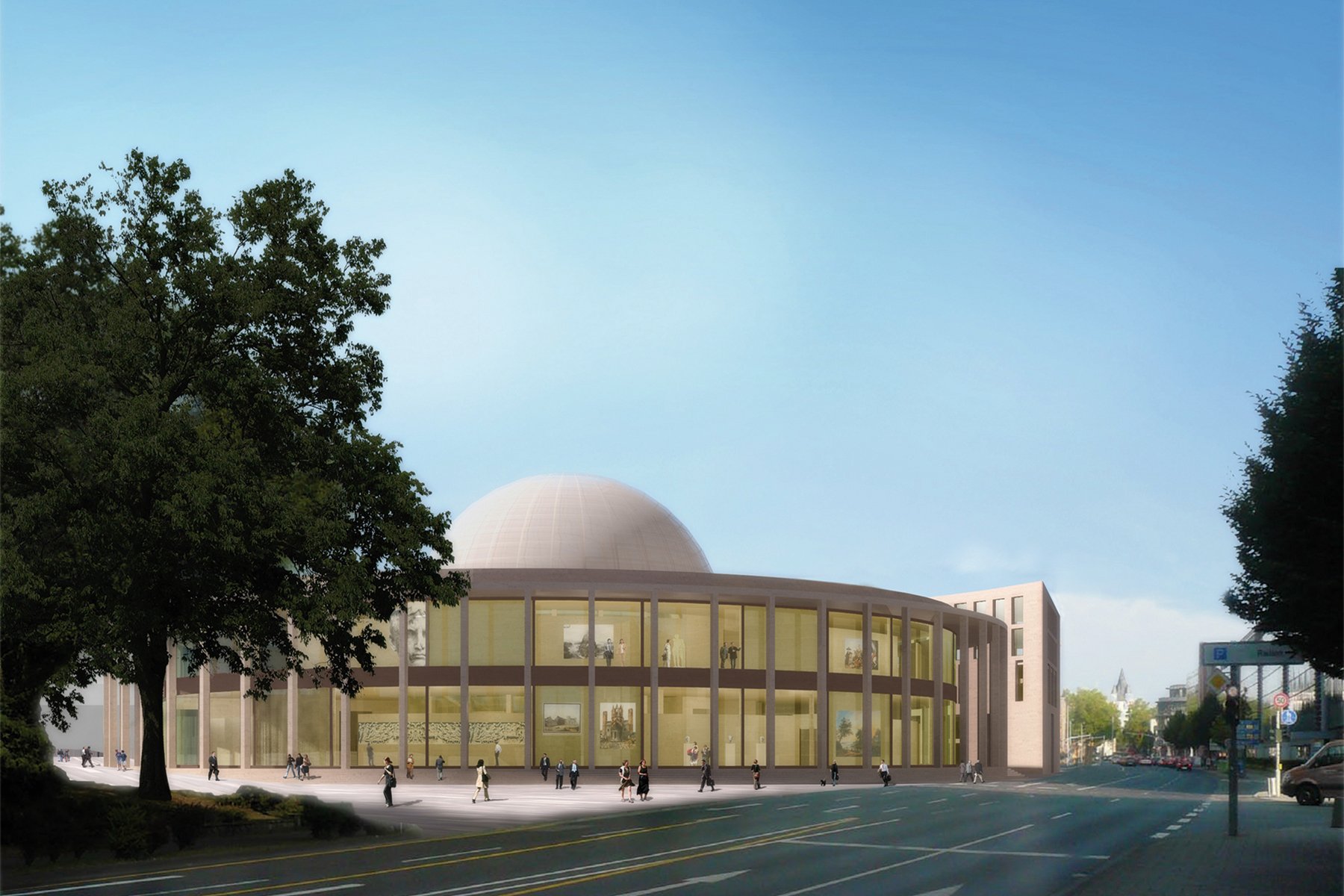 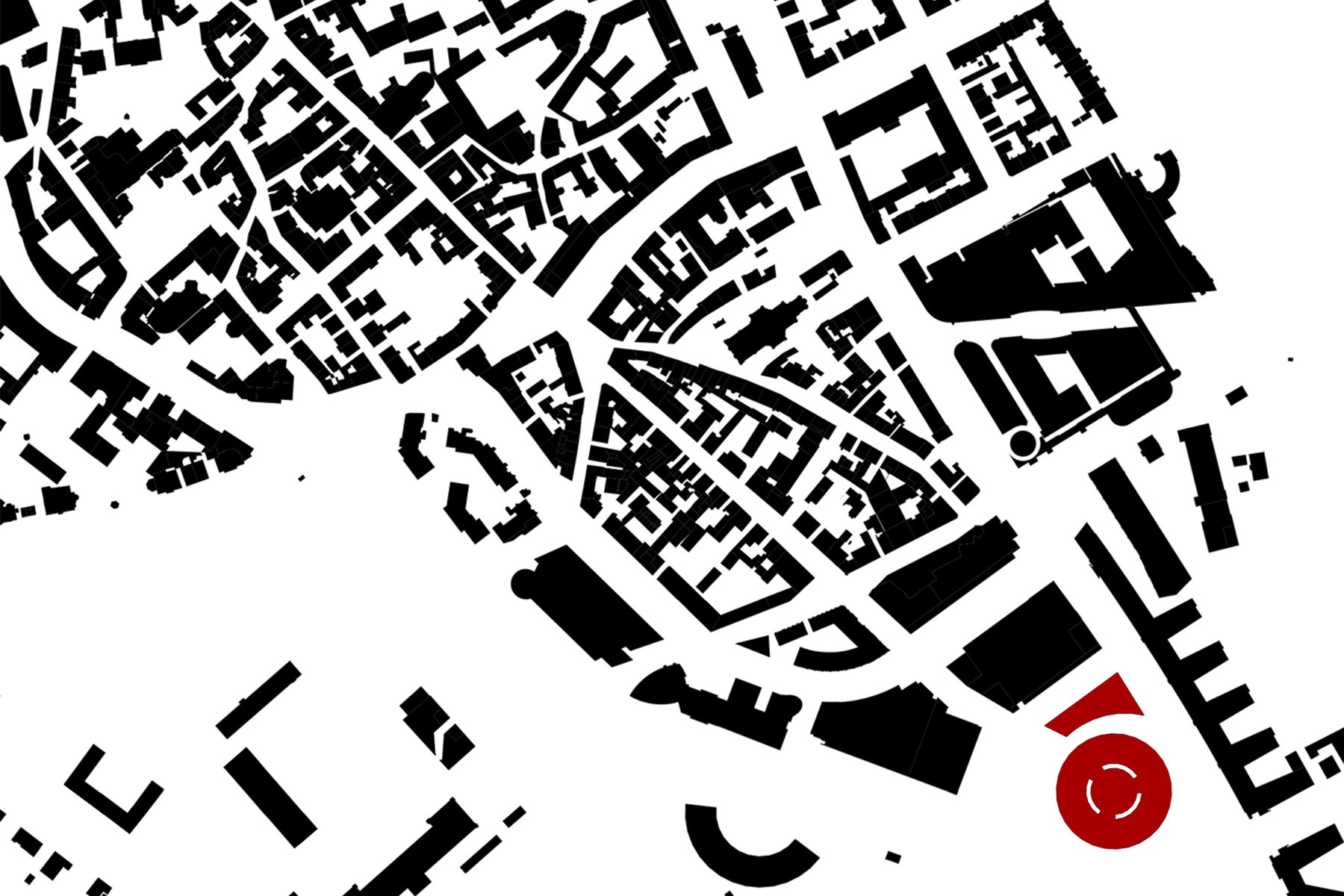 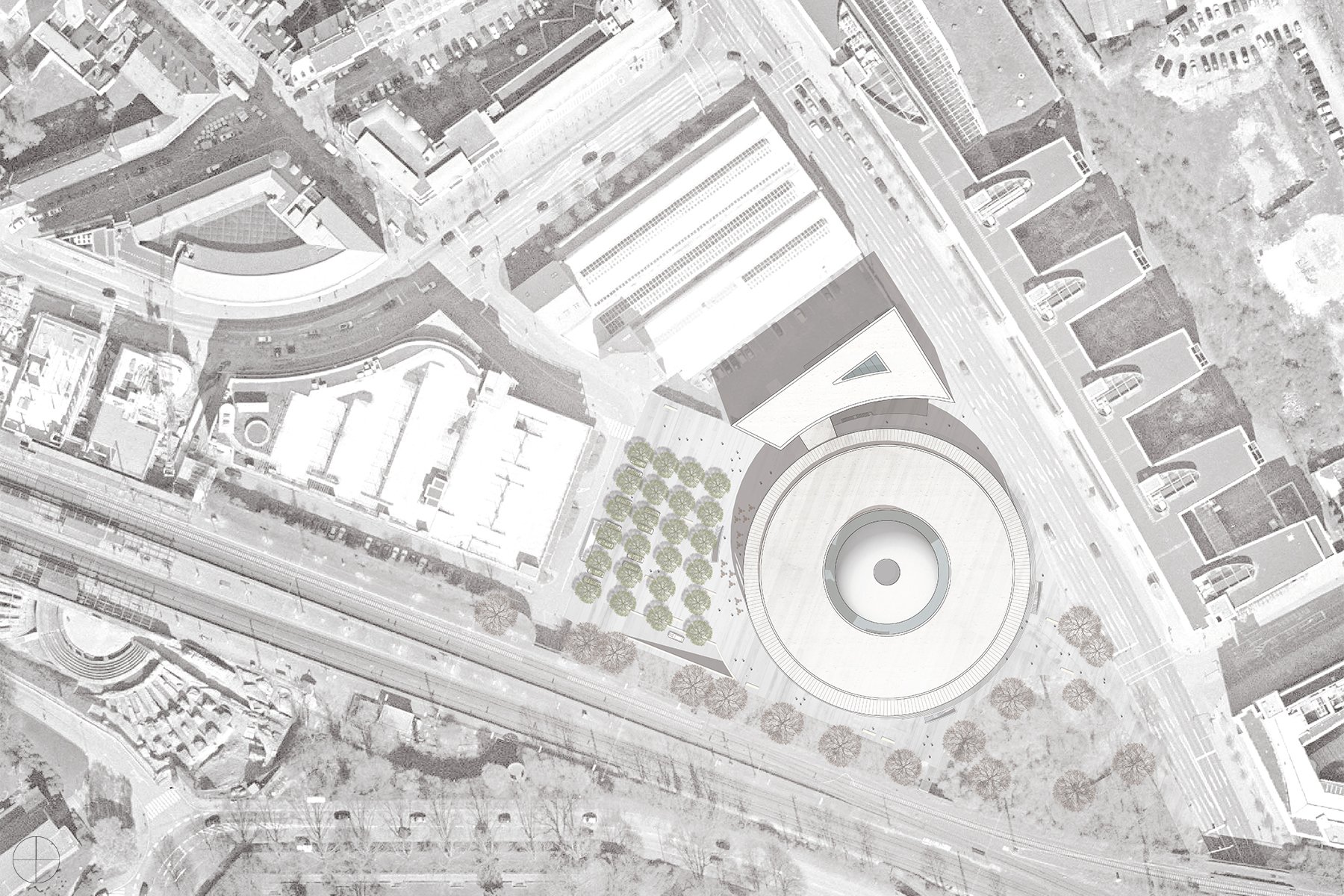 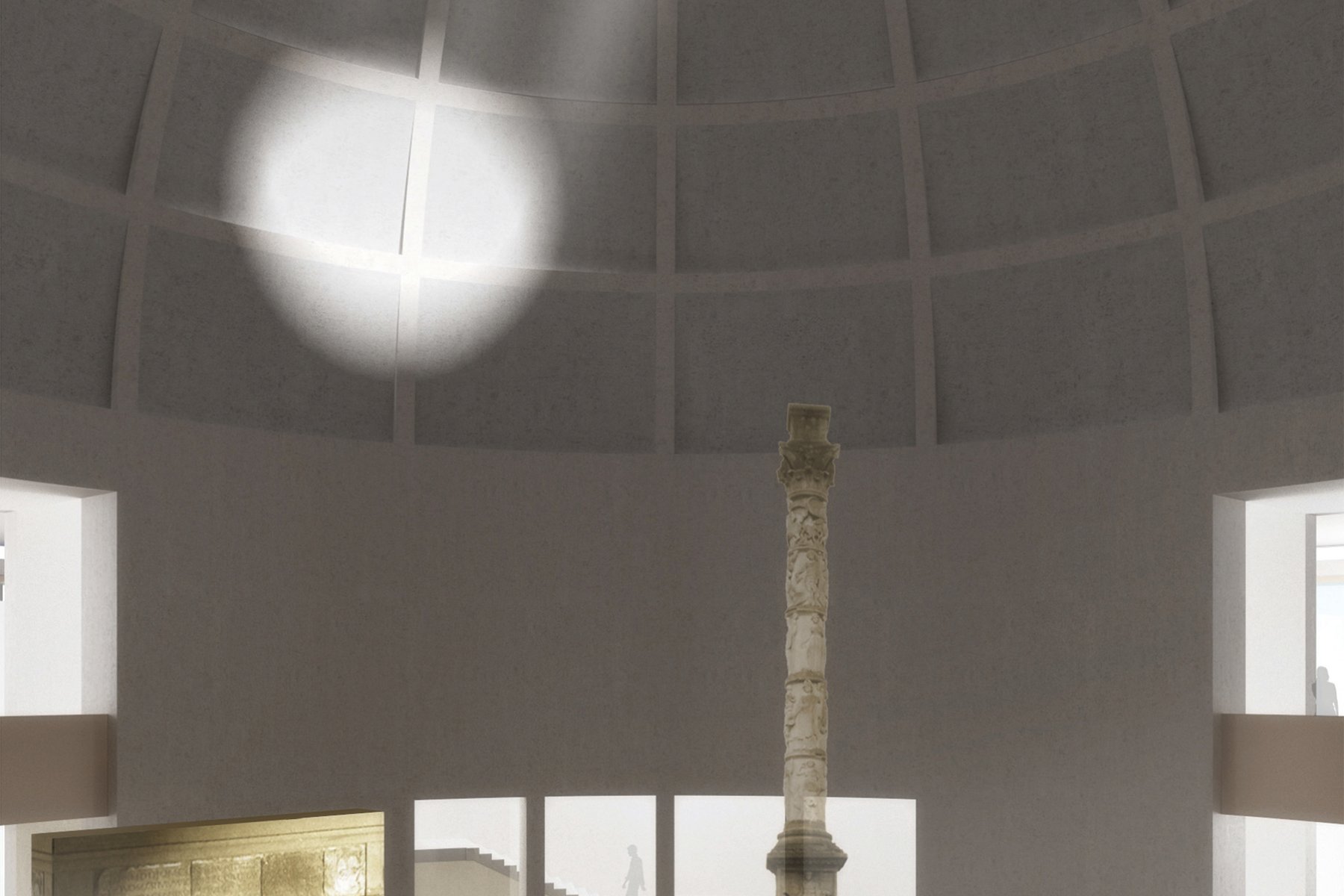 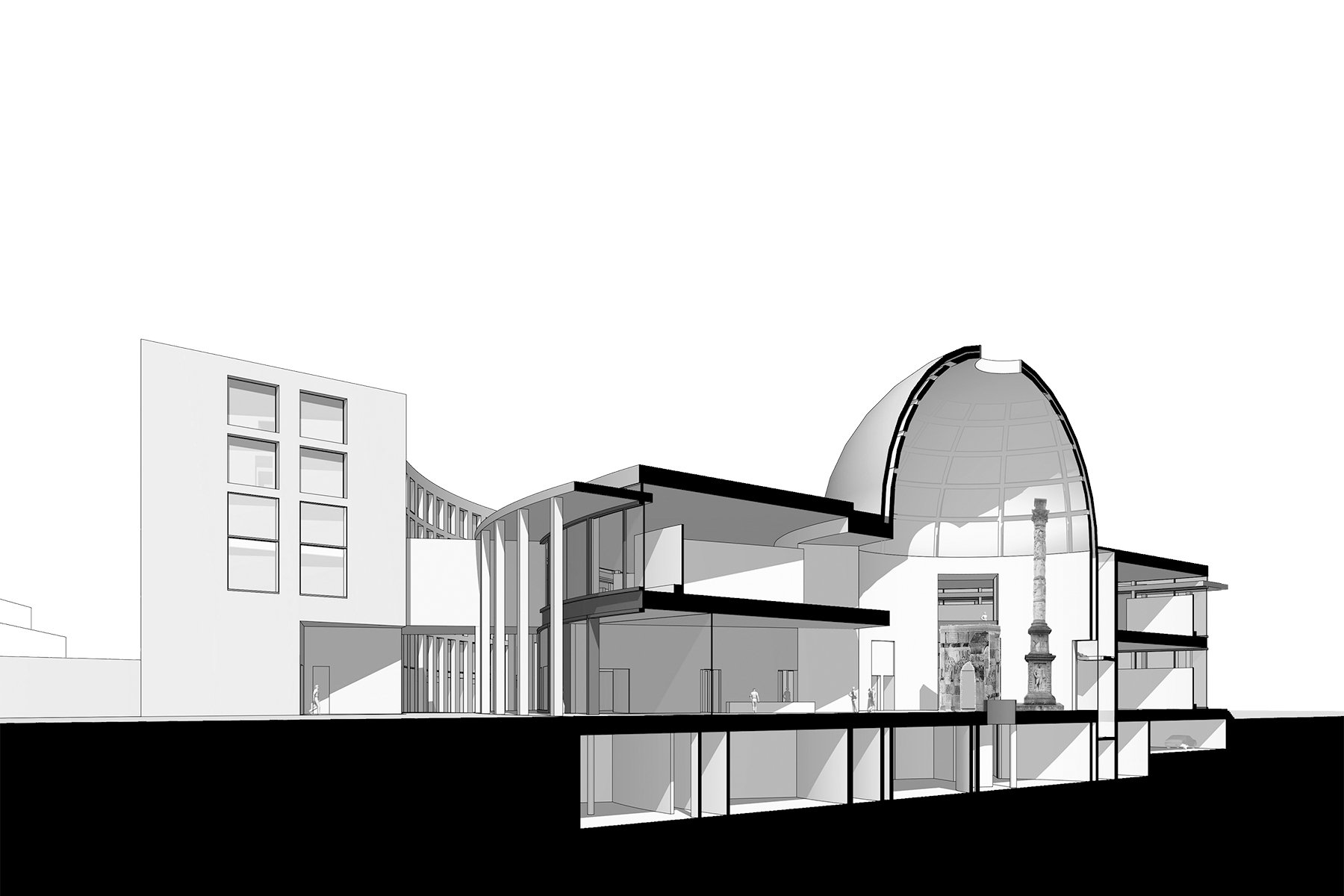 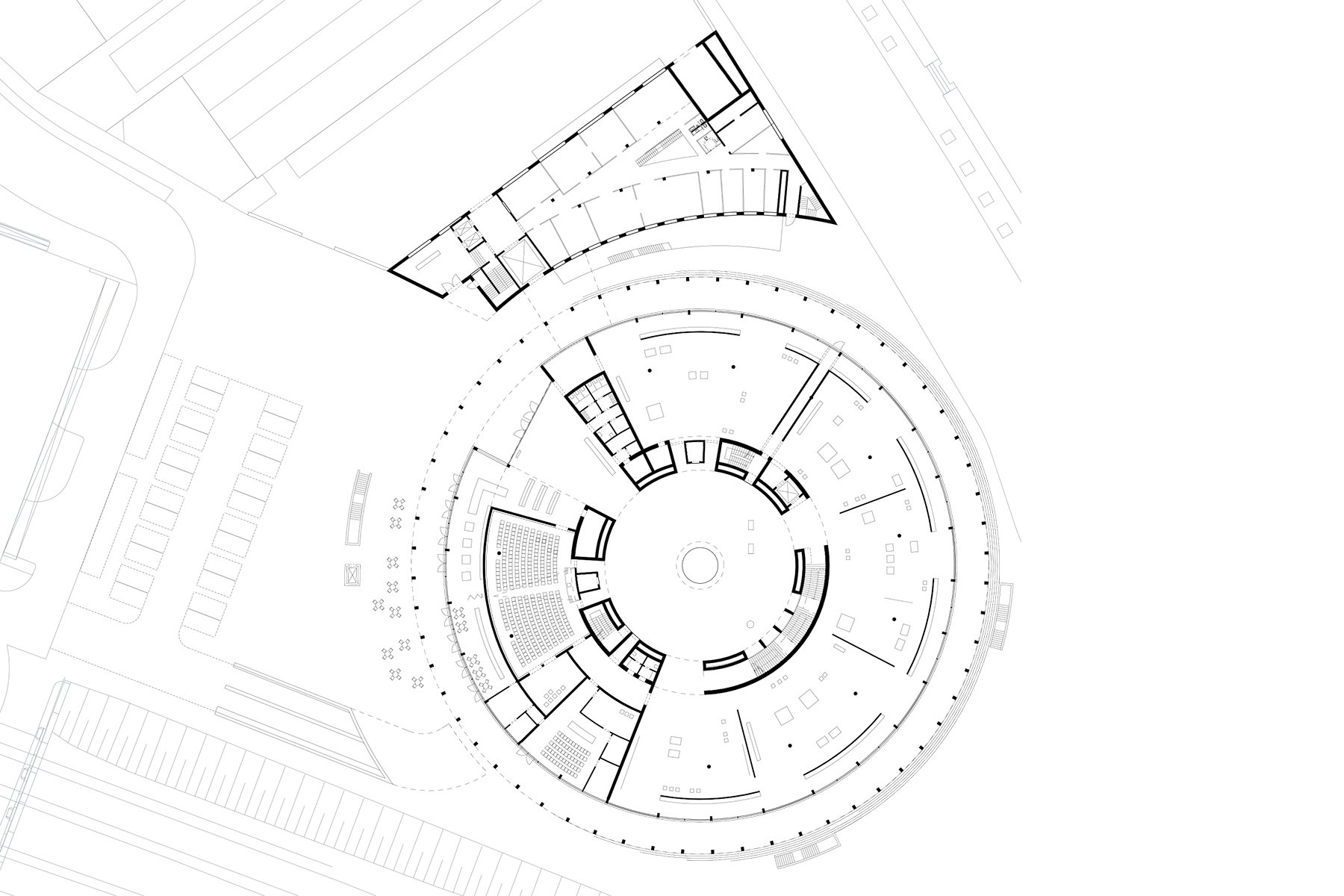 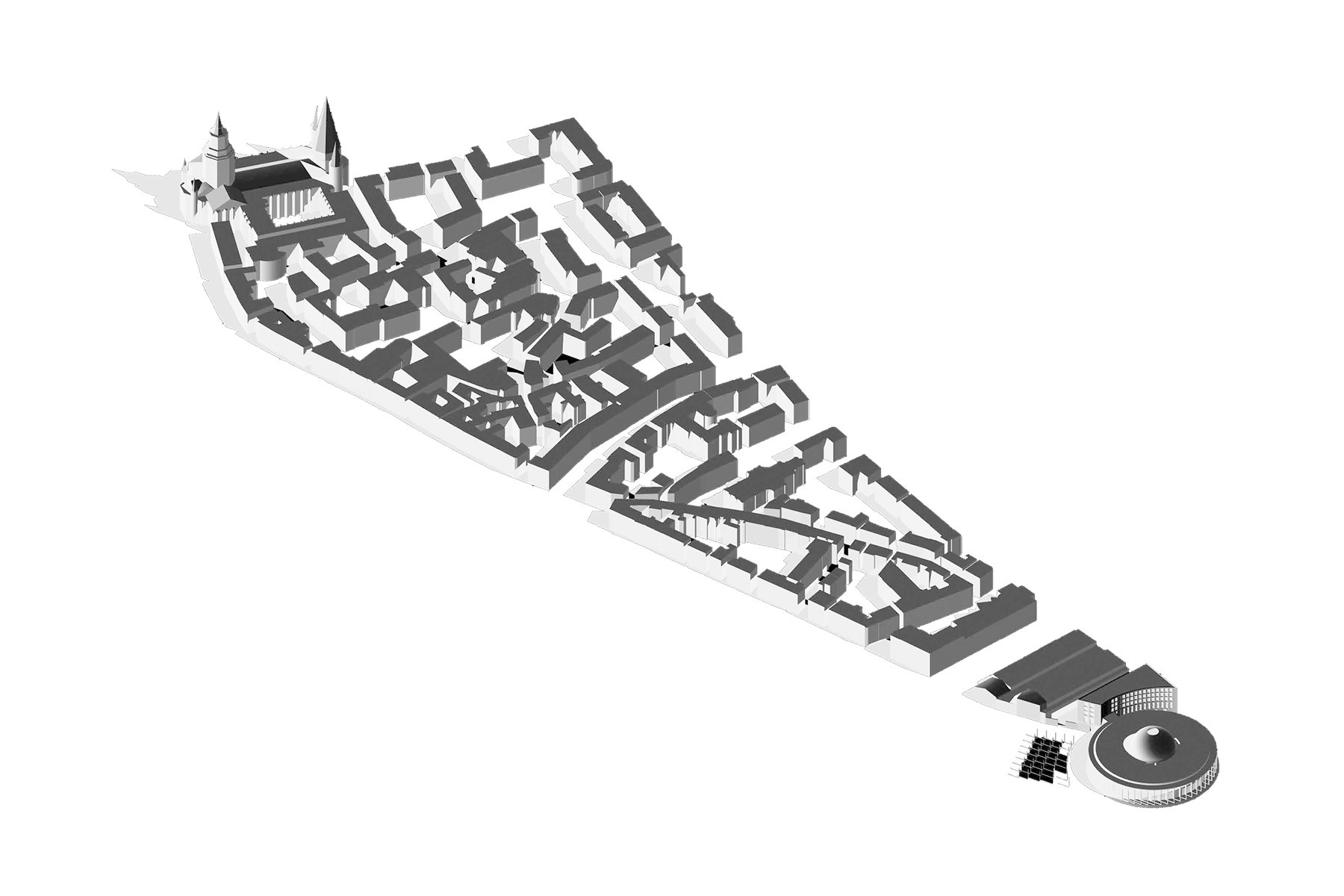 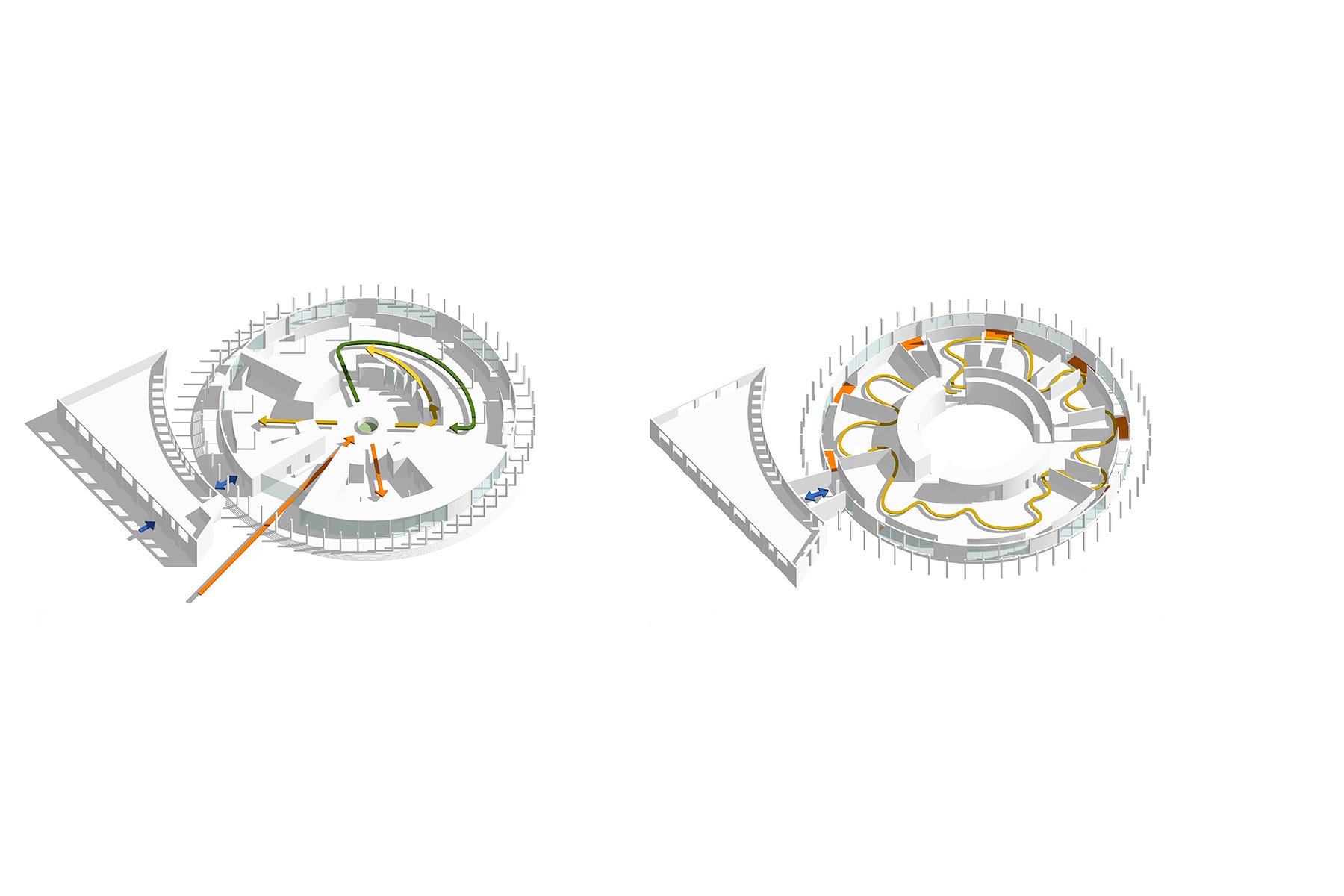 The simple geometry of the central building, surrounded by a two-storied colonnade, sets a new urban and cultural accent on the southern city entrance of Mainz. With its generously measured rotunda, the museum relates self-confidently to the formative buildings of its immediate surroundings. In connection with the new research and administration building, an ensemble is created which logically merges with its environment,  yet radically describes a new path at the same time: The new building closes the century-old city entrance, thus meeting the needs of the modified traffic management. The ending of the axis Neutorstraße is marked by a 27m-high, nightly illuminated dome, creating a widely visible new landmark.