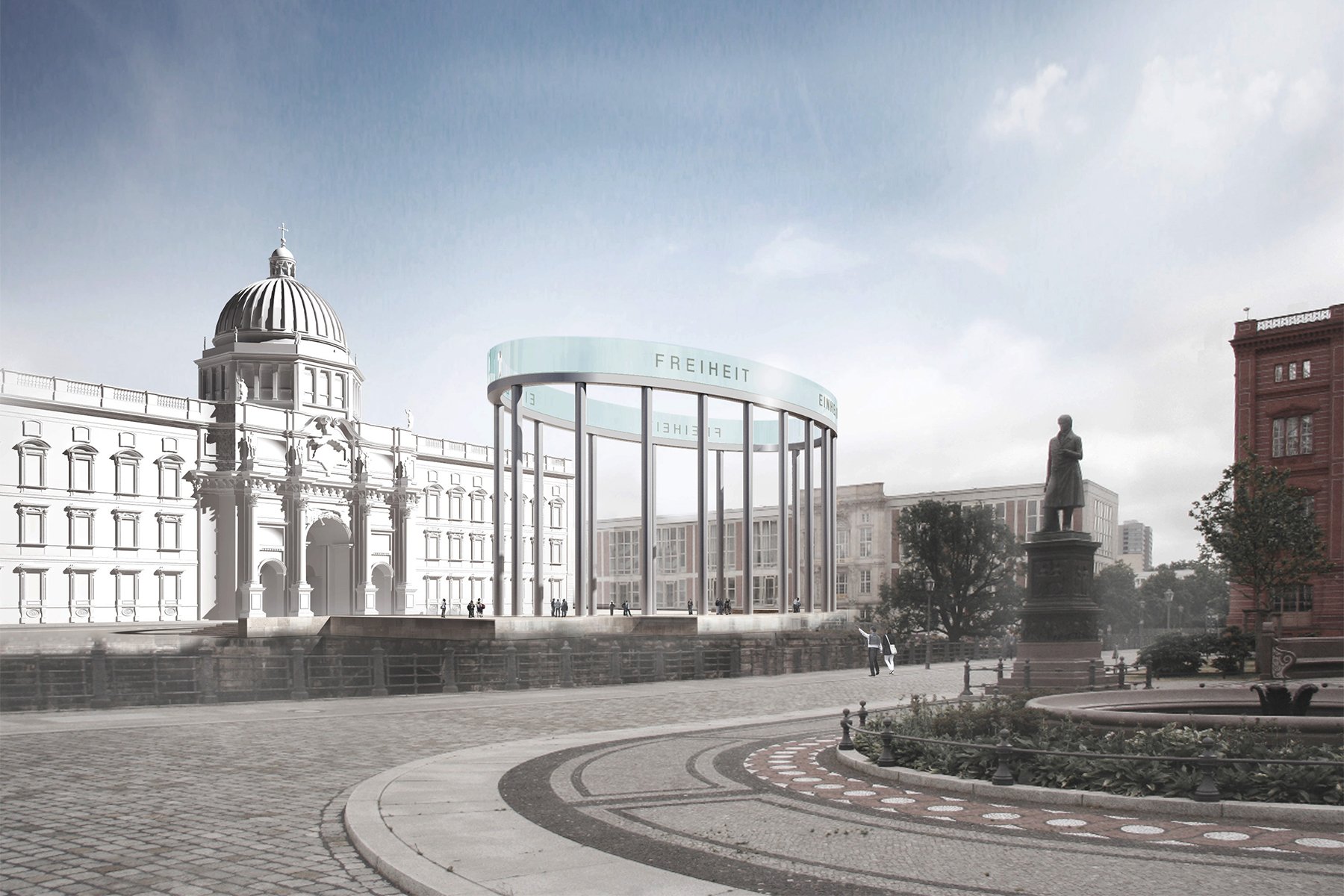 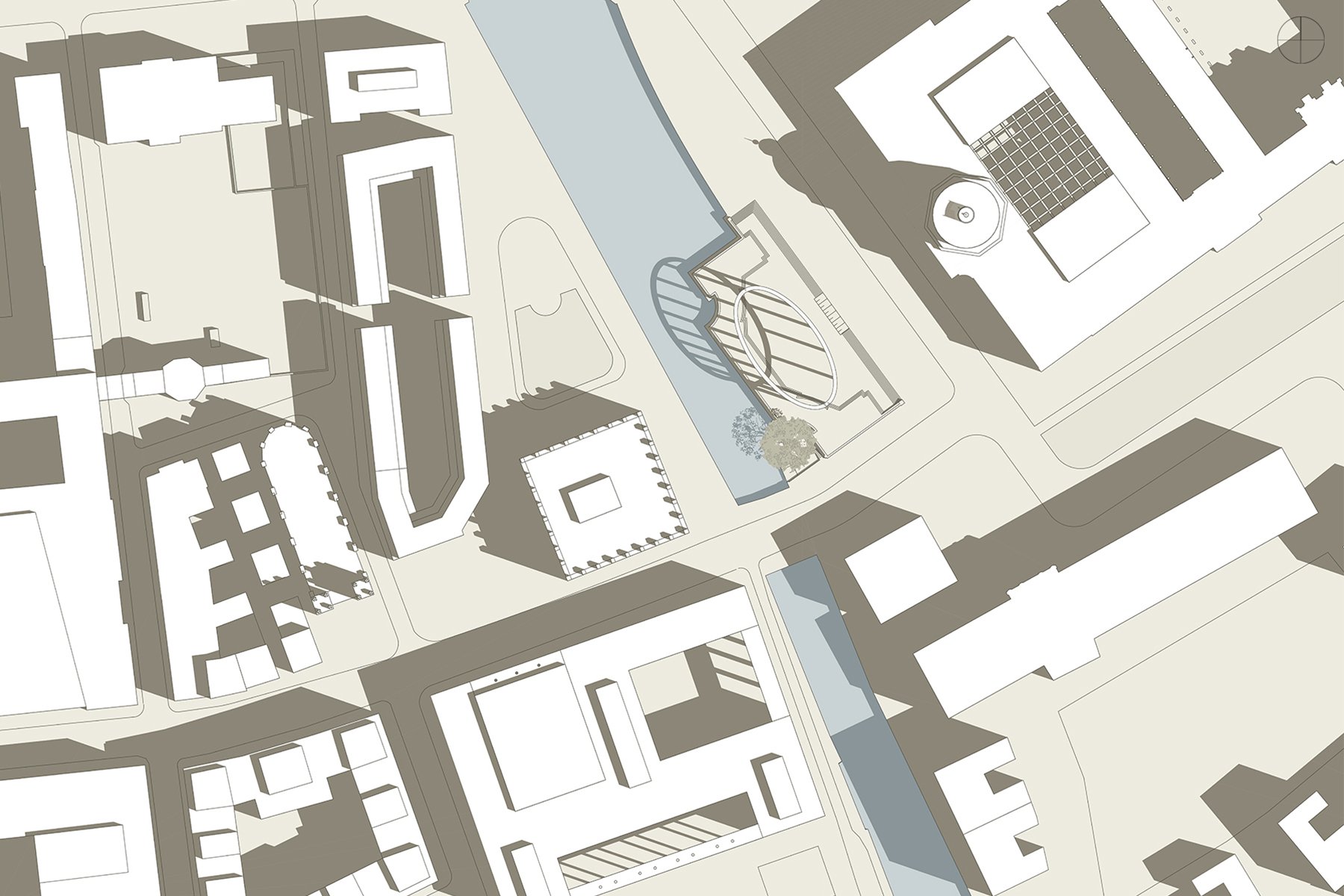 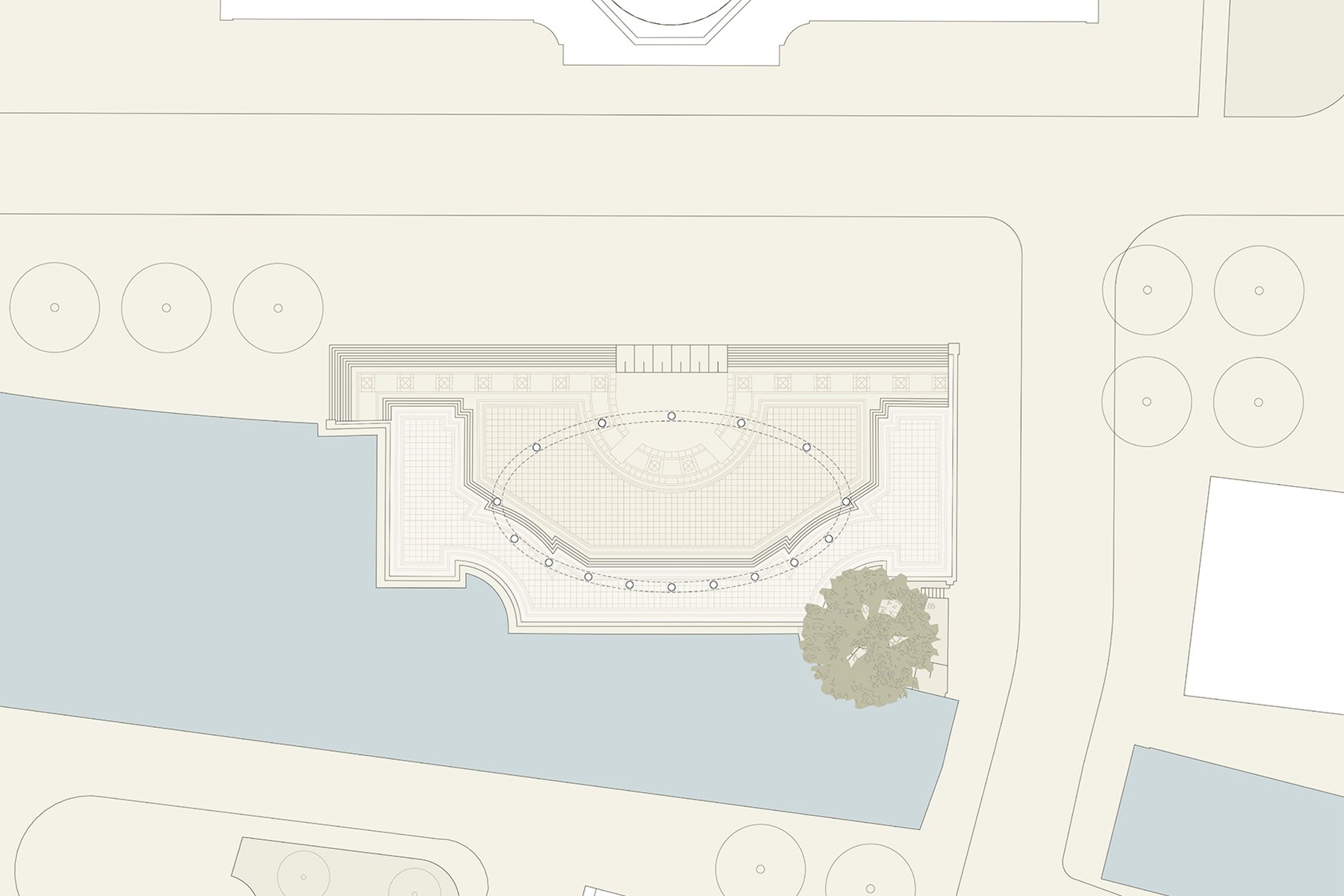 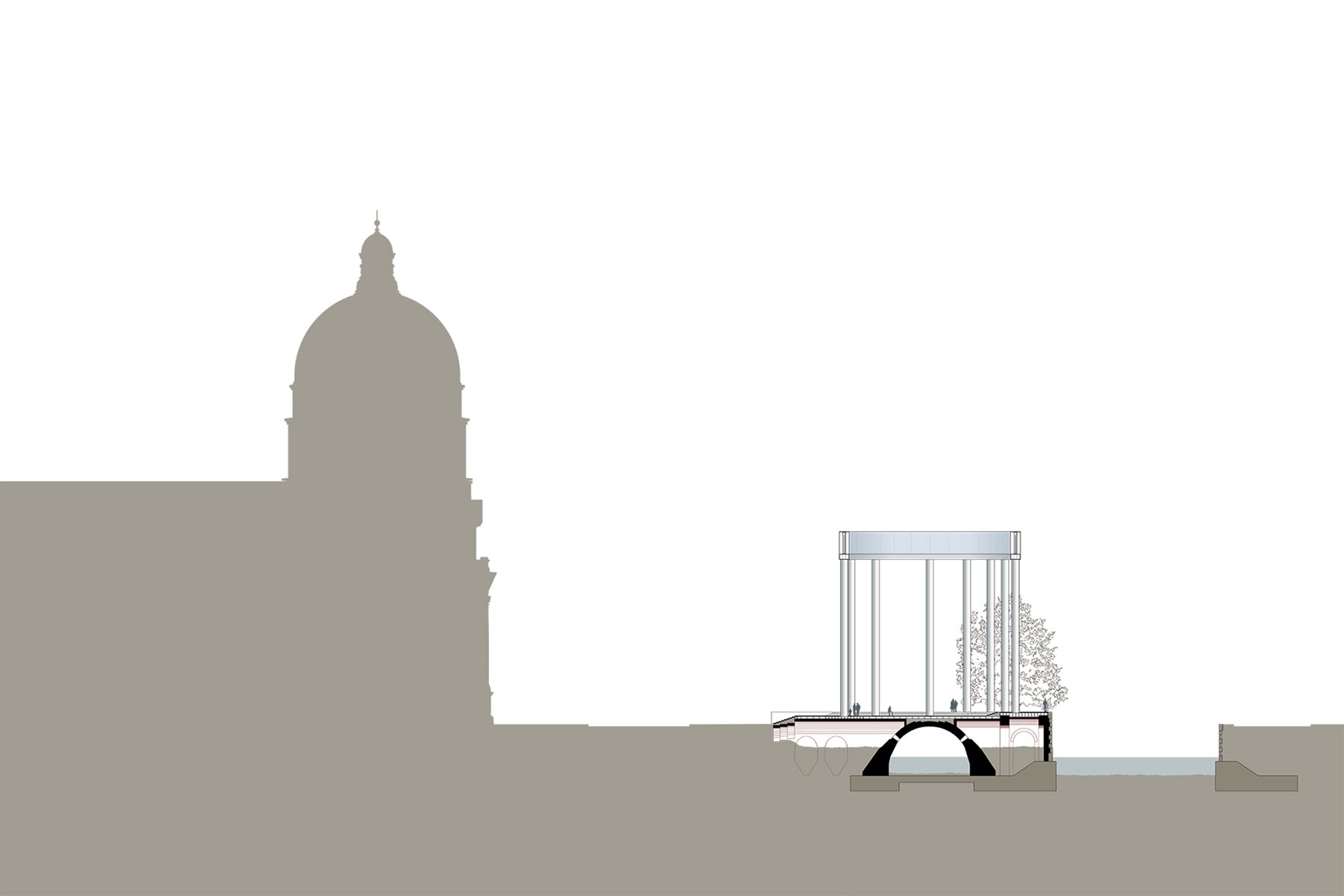 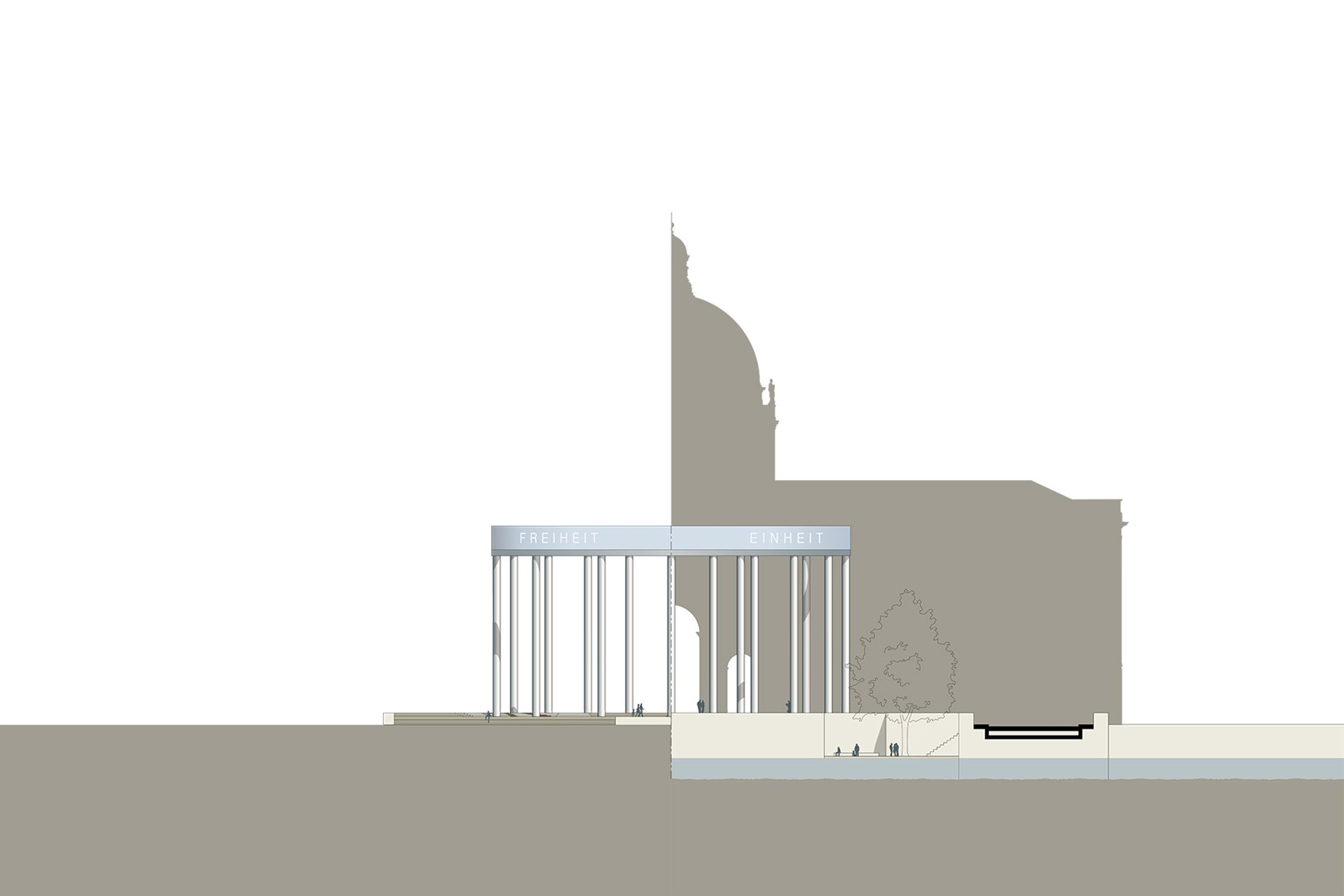 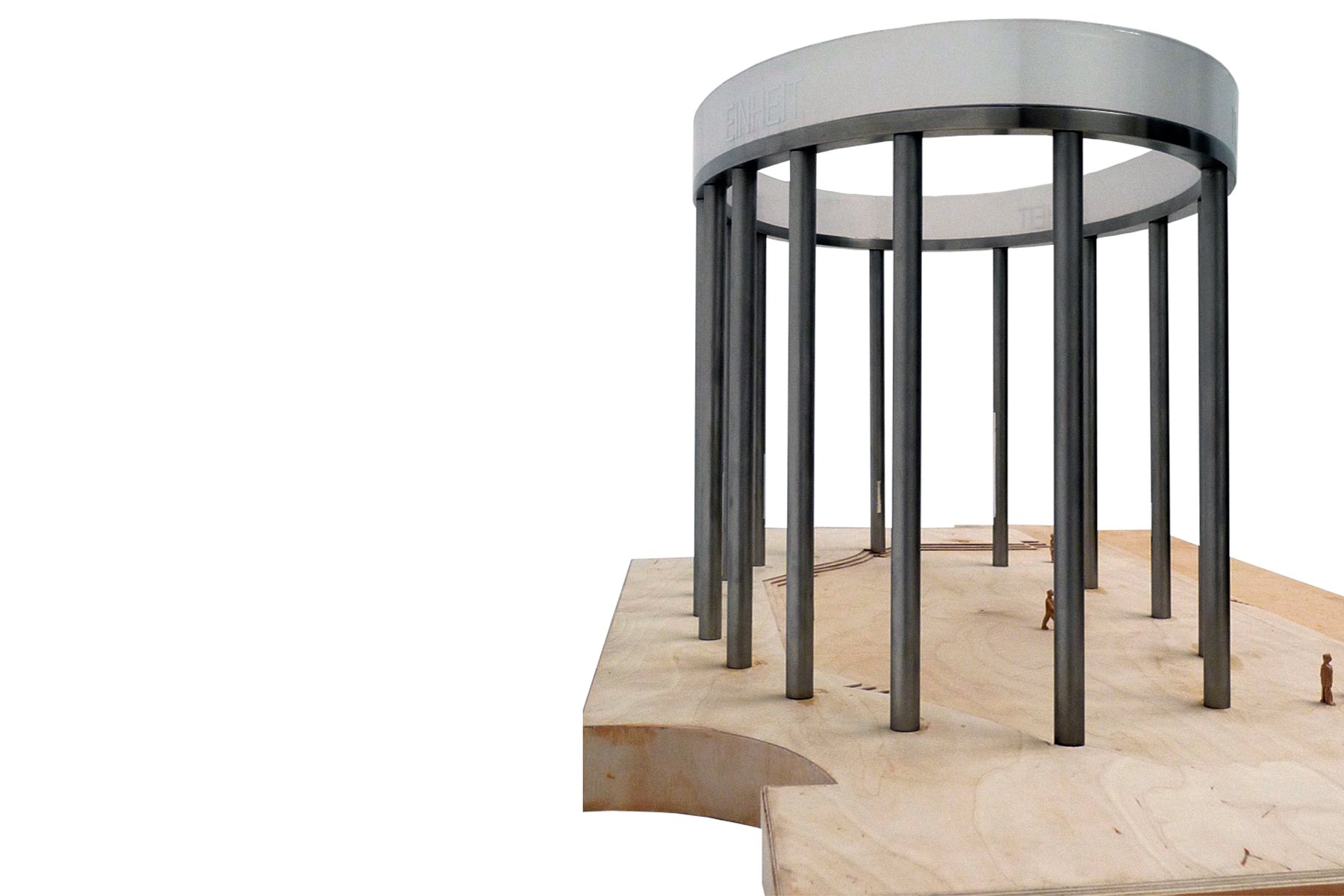 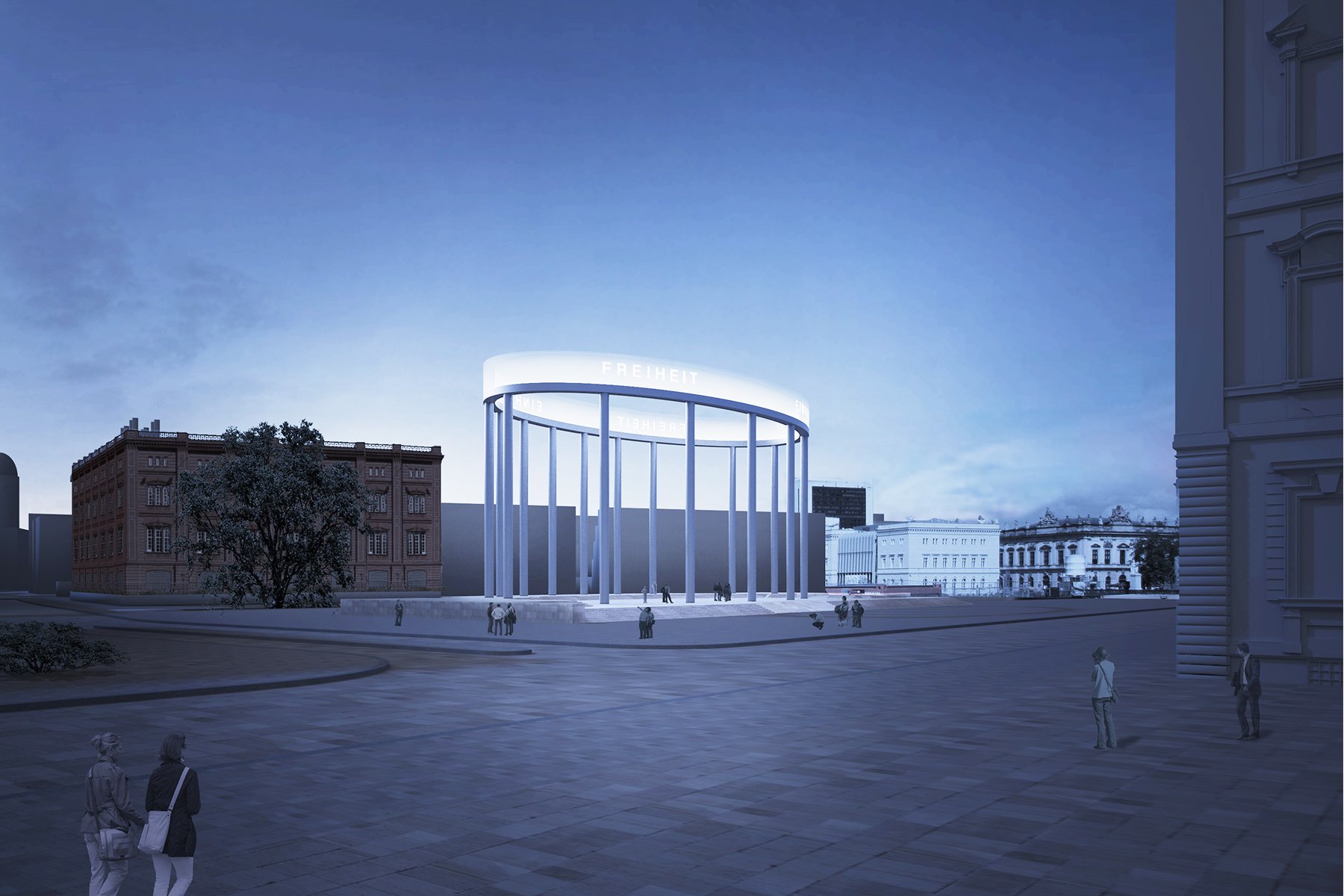 Monument of Freedom and Unity 2010 competition

Freedom and unity are the key terms of the reunification and as such also form the basis for the presented design. Germany’s unification is the result of a collective desire for freedom and the wish for a common national identity. The 24m high, 24m wide and 48m long stainless steel- and glas sculpture creates a minimalist, understated architectural space to commemorate the events of 1989 and 1990. 16 pillars stand for the federal states of reunited Germany and are connected by a steel- and curved glass architrav, creating an oval design. While the pillars symbolize the desire for freedom, the ring is the visual expression of the emerging national unity. Self-confidently, the transparent sculpture complements the urban space between the Humboldtforum and the Bauakademie. It results in a new centerpiece as a reminder of the peaceful 1989 uprising as well as the official Unification Day, 3 October 1990.