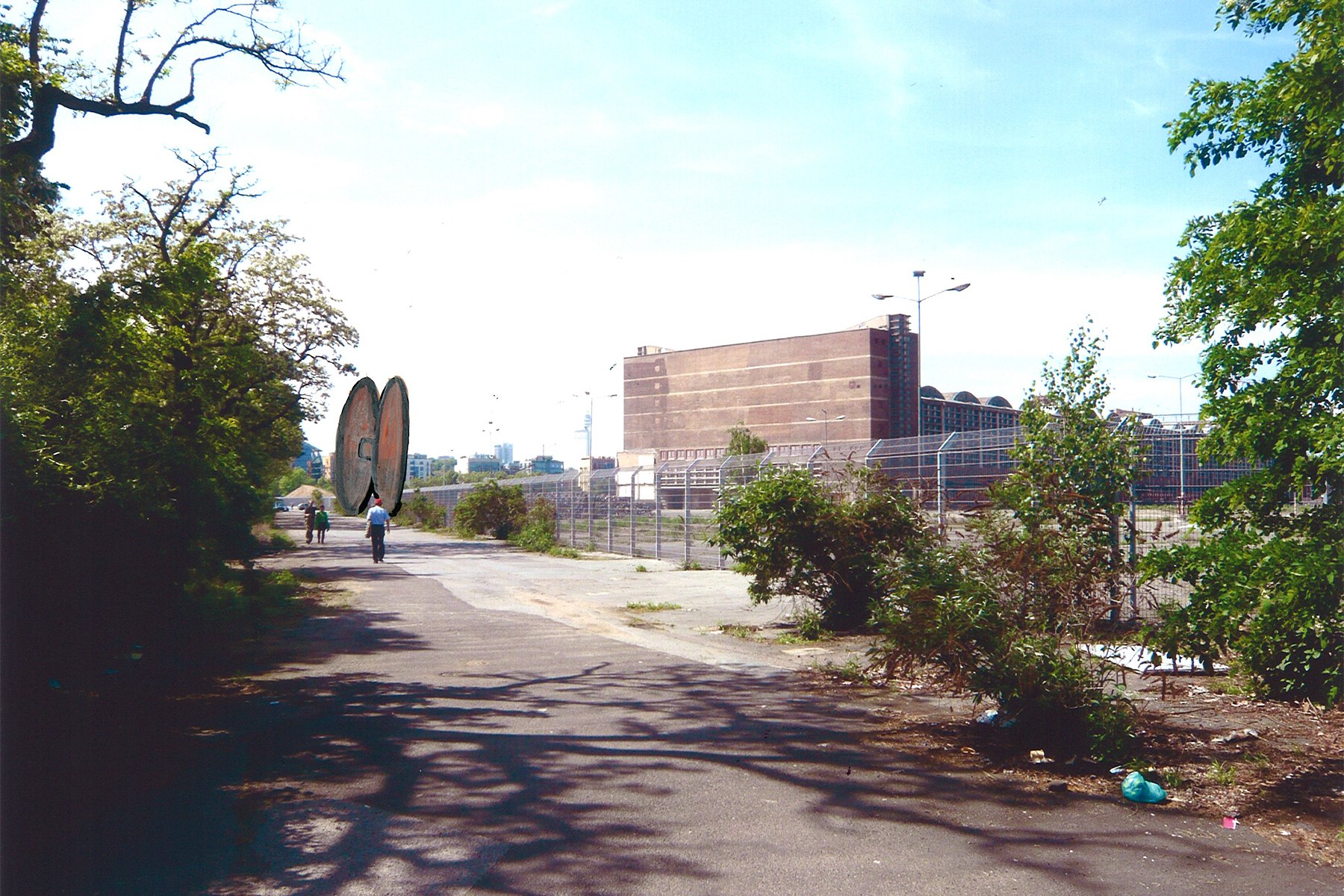 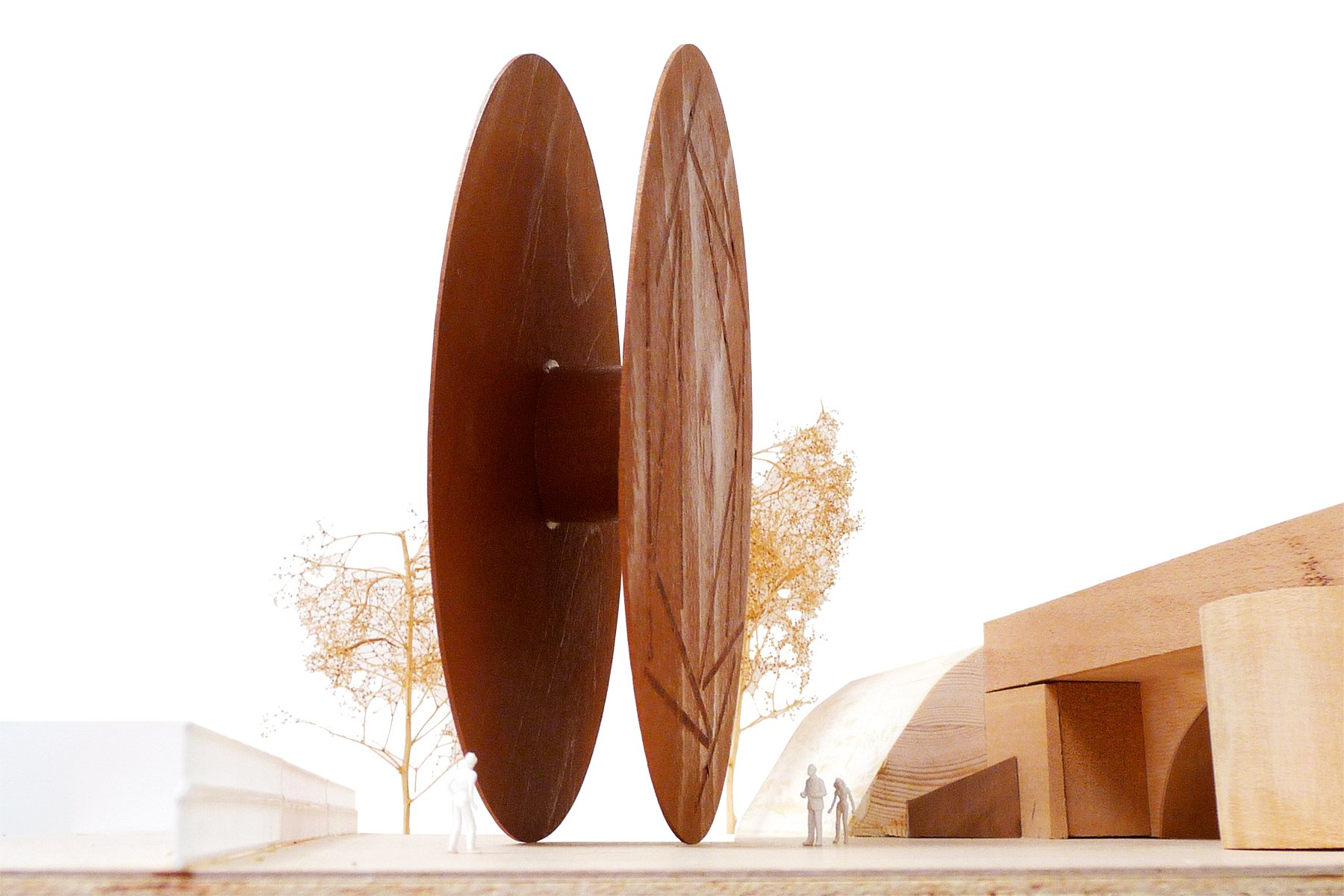 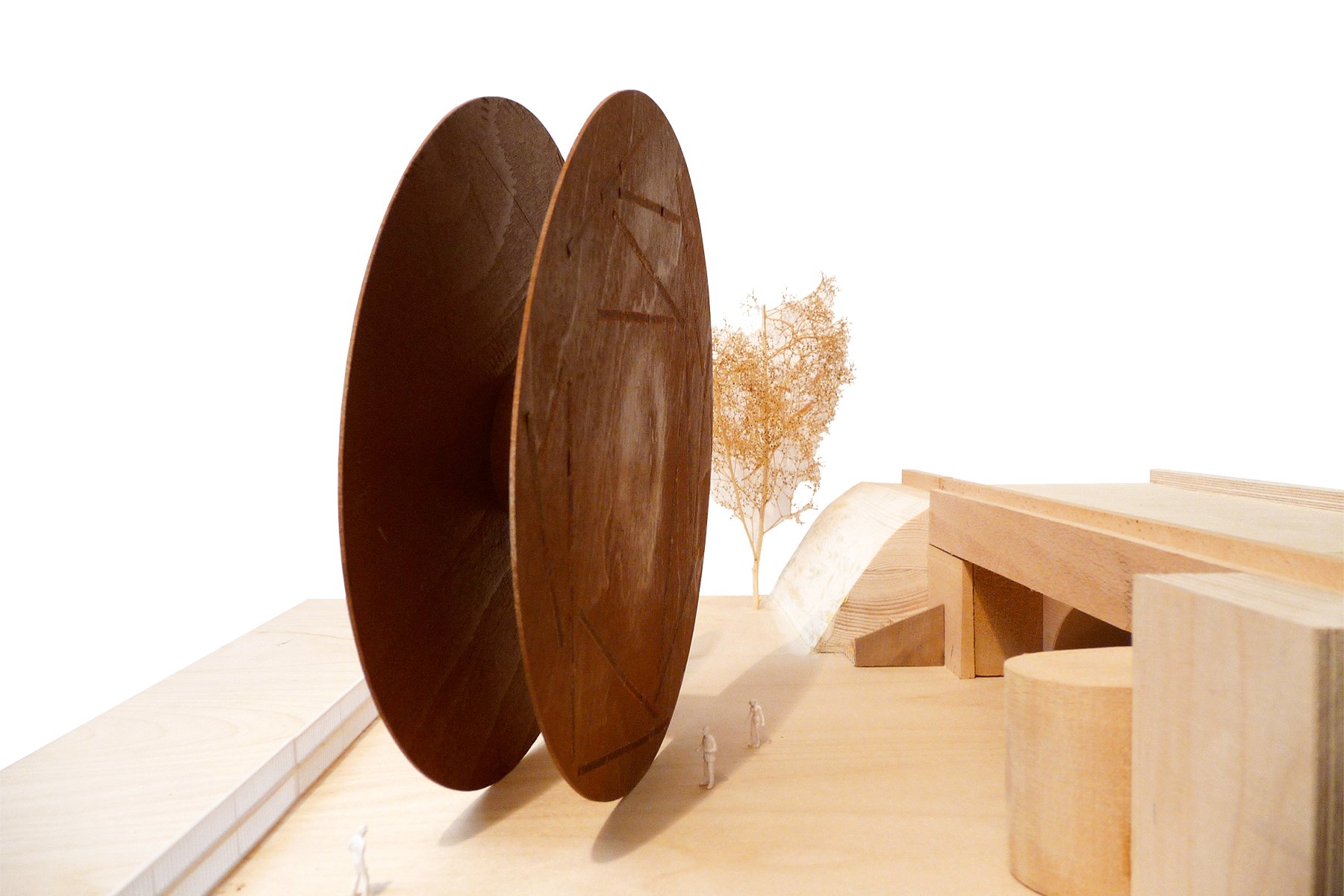 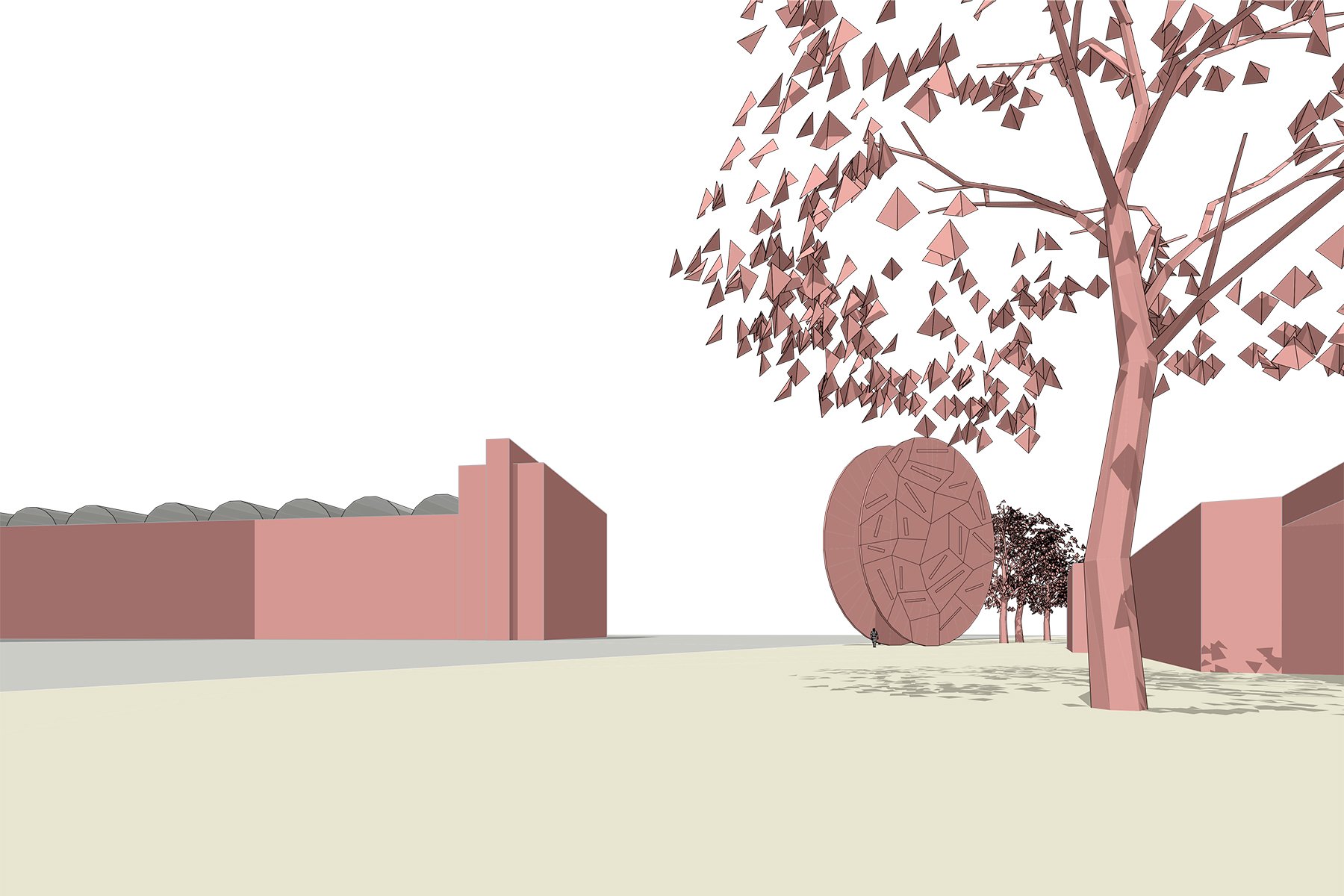 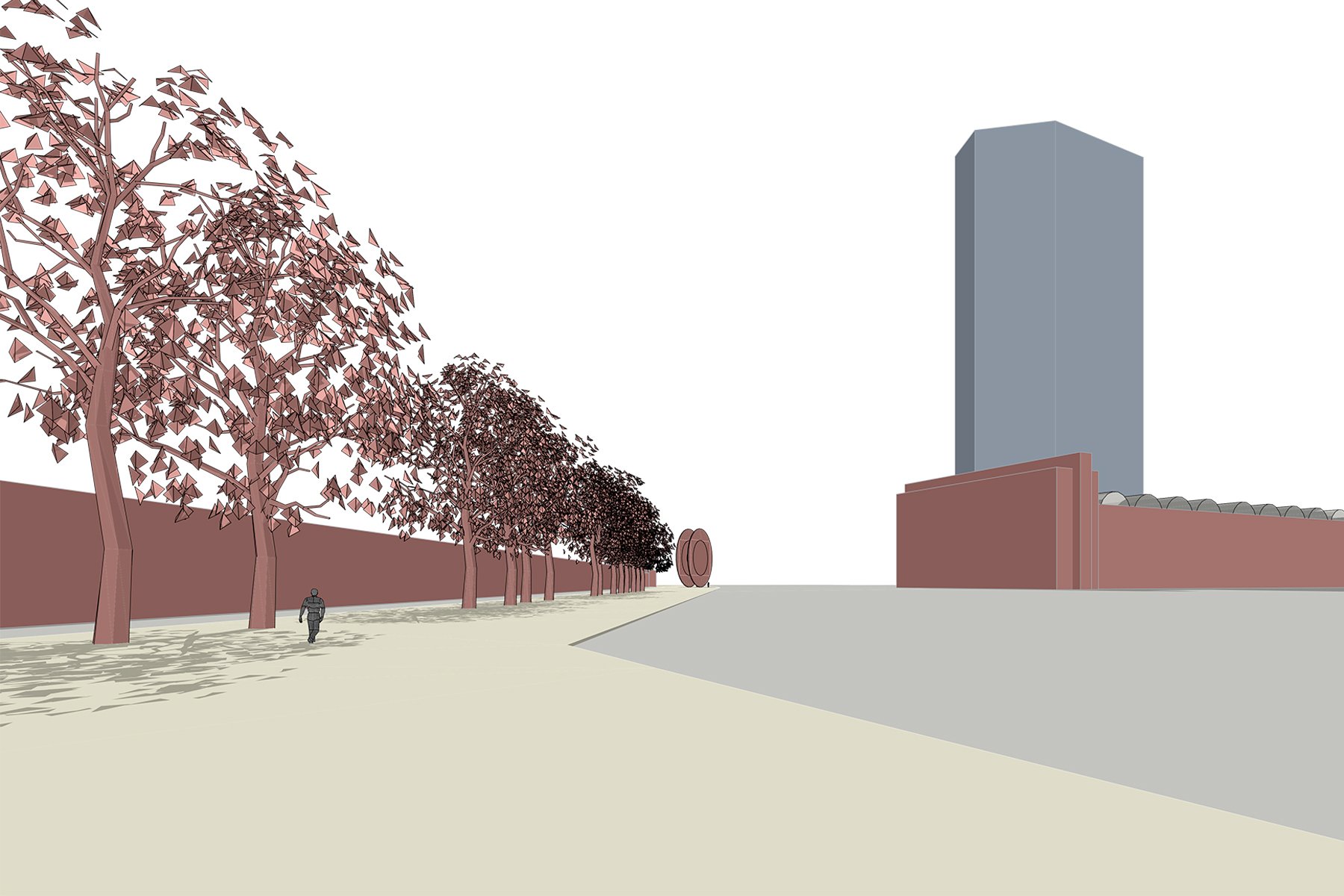 memorial at the Großmarkthalle competition 2009, with Prof. Claus Bury

The “Rad der Erinnerung” is a kinetic memorial. Like a rotating milling wheel, it  reminds of the years between 1941 and 1945, during which 28 deportation trains left Frankfurt in destination of the concentration camps. The memory wheel slowly moves on the spot, hour by hour, day by day. One full circle takes 60 minutes. During all hours, the 28 engraved names and dates of the transports as well as their destinations, the number of the deported and that of the few survivors, slowly roll past and eventually reappear. The wheel turns where the trains used to leave the area of the big market hall, past the still existing signal box and through the big arch of the railway bridge towards the east. The former wholesale market hall is one of the last preserved authentic memorial sites. Track fragments cut through the square and welding seams cover the wheel in a net of lines, creating a land-scape of the inconceivable. Each district signifies a transport.