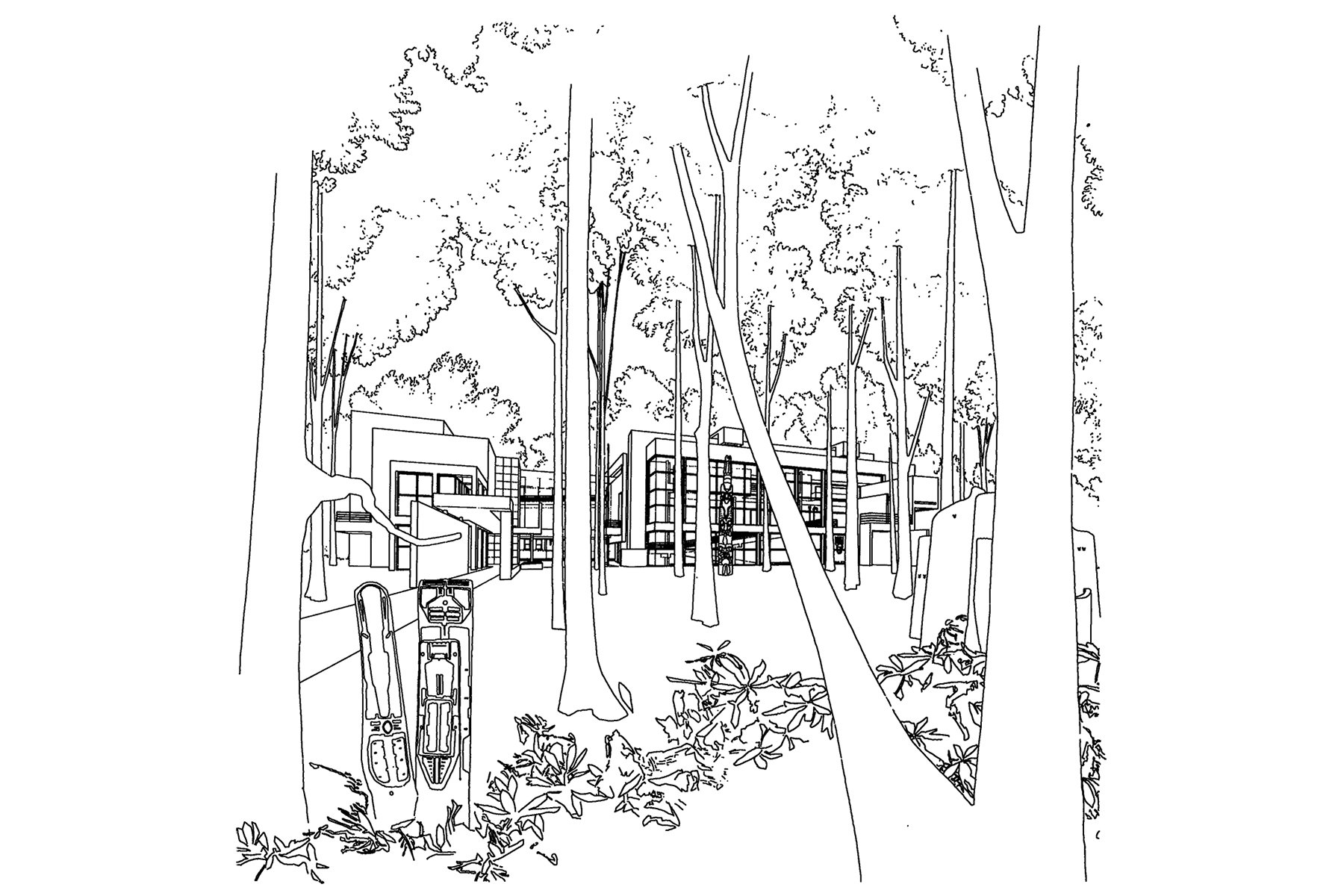 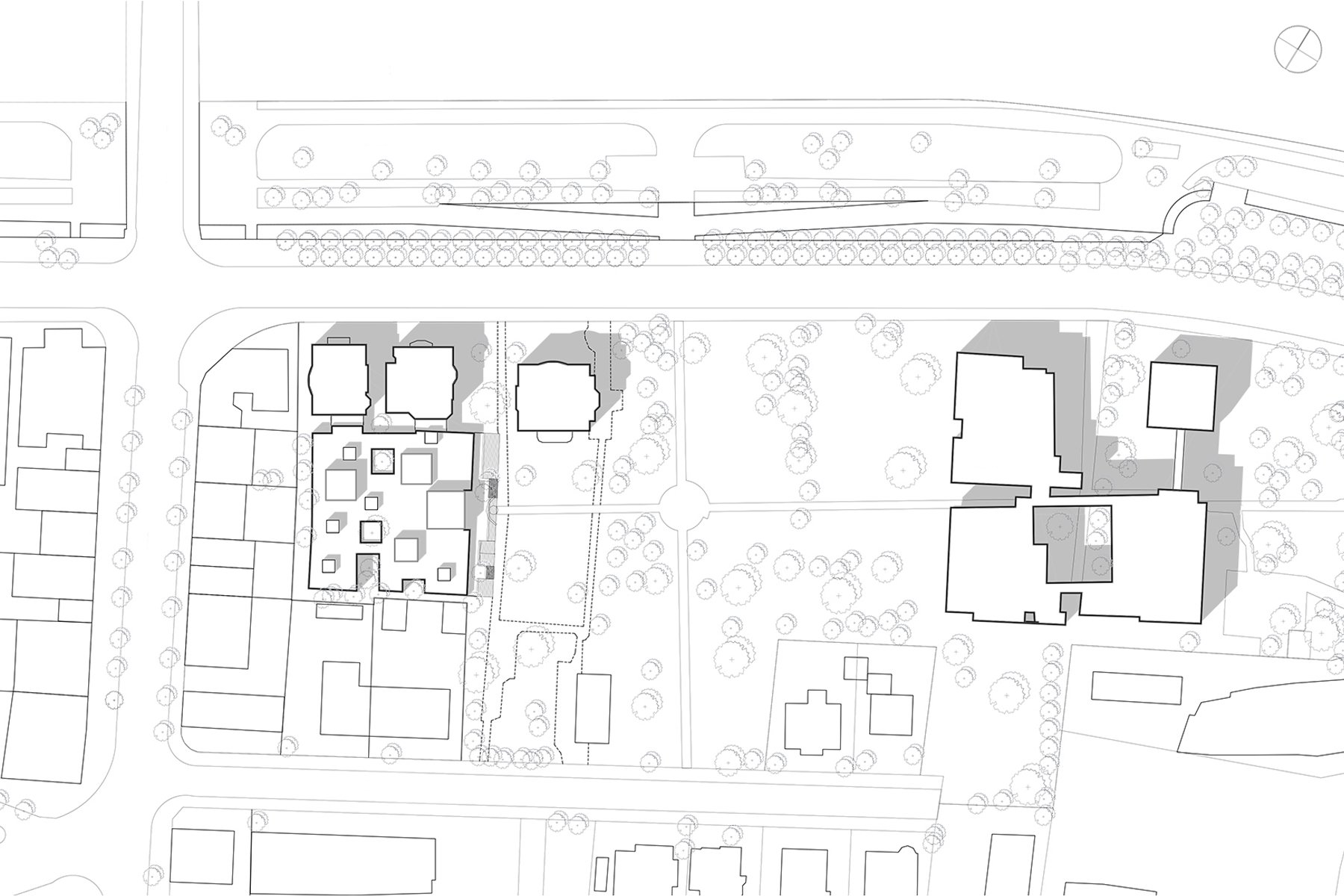 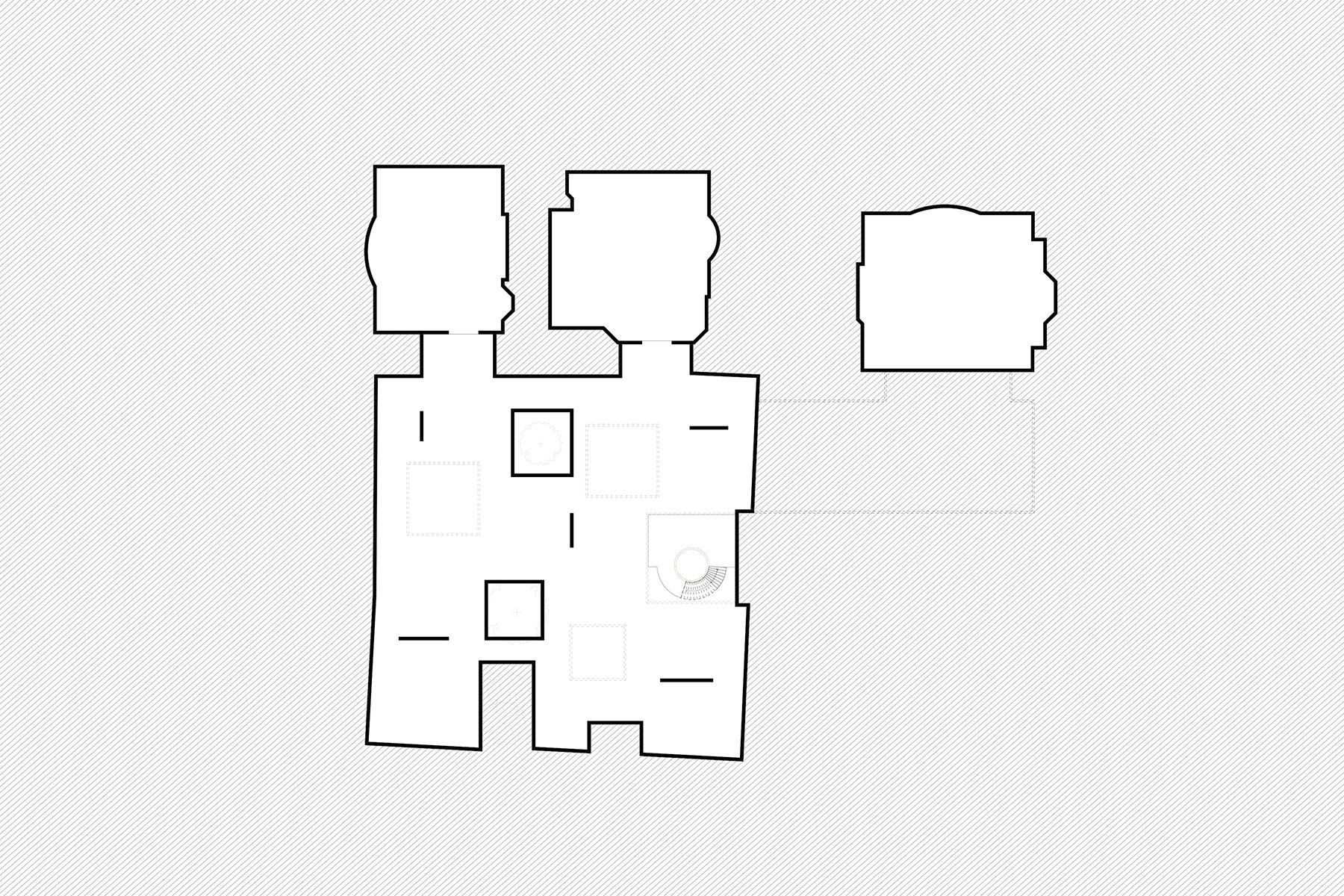 As Richard Meyer’s design from 1990 suggested an independent new building to frame the Metzlerstrasse park in a powerful continuation of his formal language, the sketch presented here illustrates the idea of an extension set directly behind the historical location of the museum on Schaumainkai. The pavilion-like, single-story building uses a less frequented area of the park which it rounds off, marking the end of parkway running parallel to the Main river. The volume of the new building spans merely horizontally, as the fringe of trees is not to be diminished by a high structure. Existing trees emerge as “cut outs” from the structure, widely towering above it. As a patio, these tree gaps serve for illumination purposes while the glass cubes that are scattered loosely across the building offer space for oversized objects such as Polynesian boats and the Männerhaus (men’s house, New Guinea). Thus, a tight-knit, spacial interplay of displays, building and park is created.