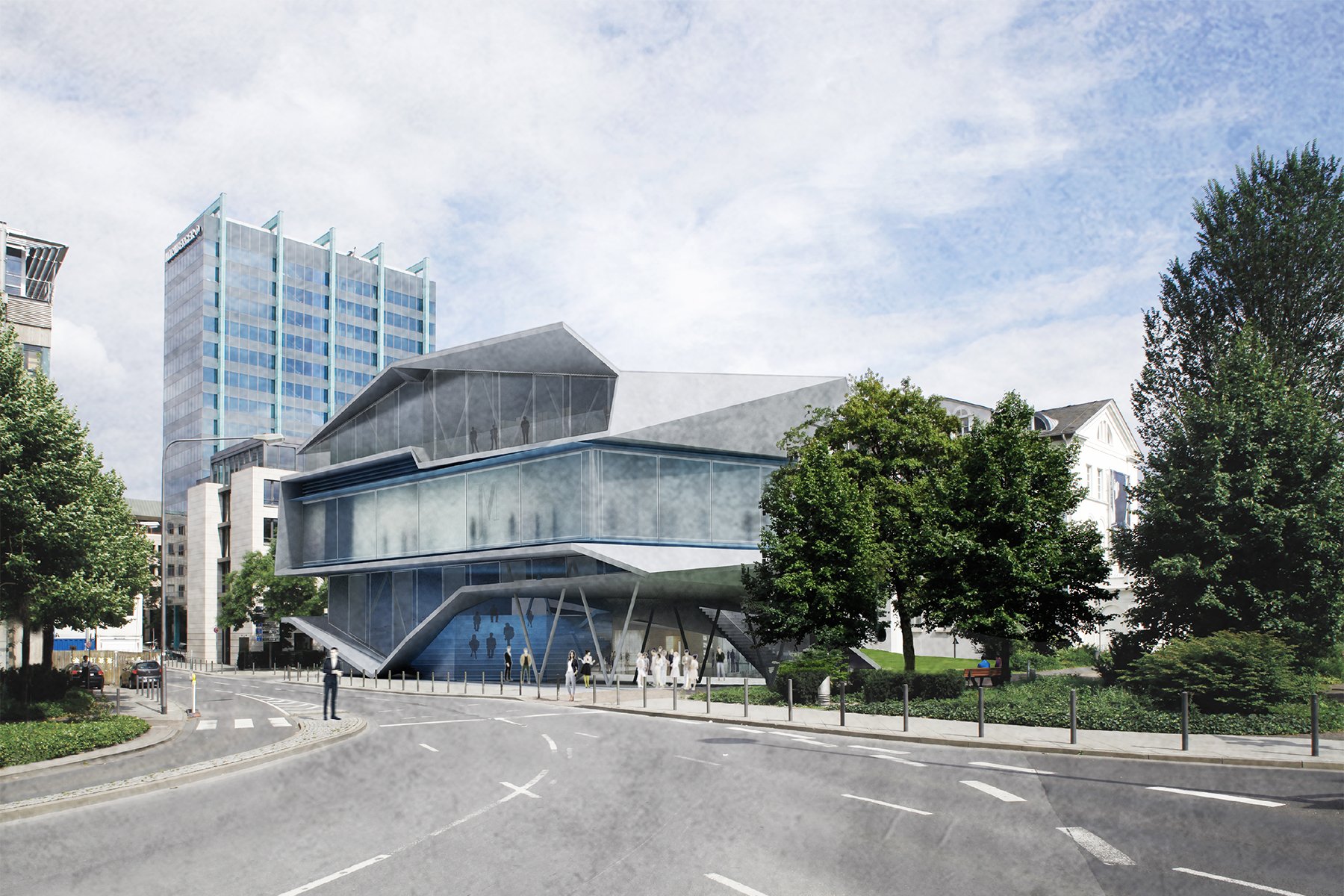 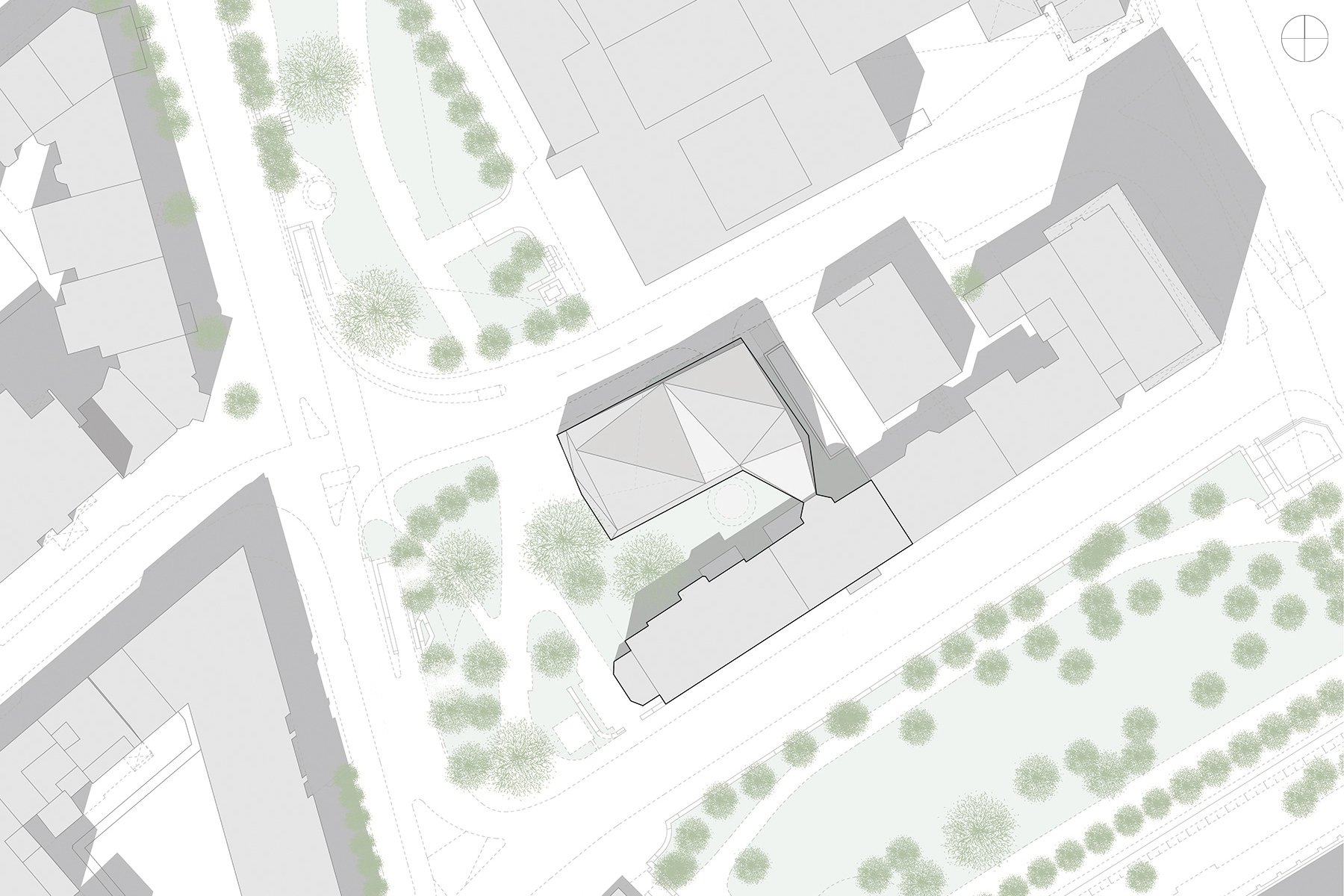 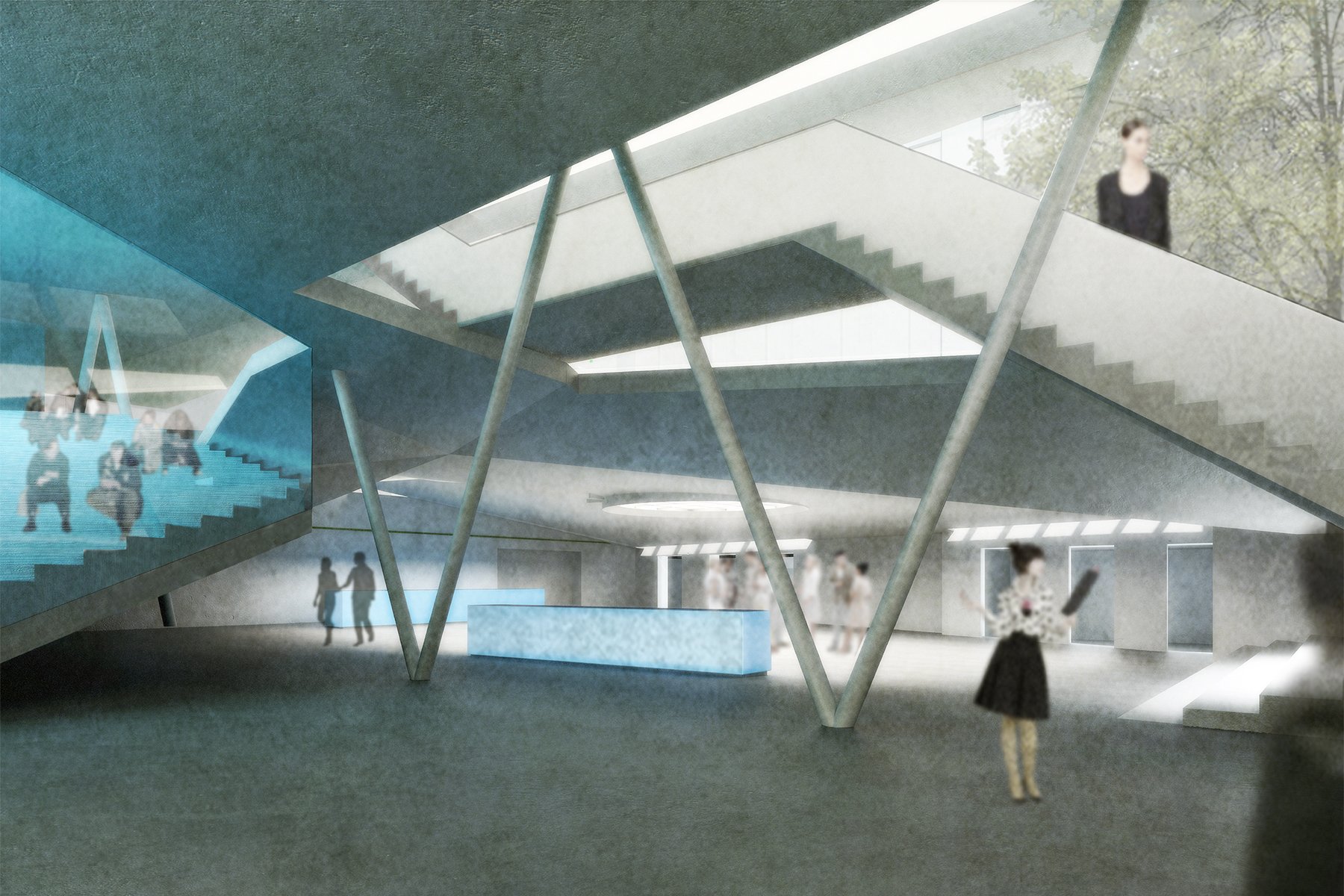 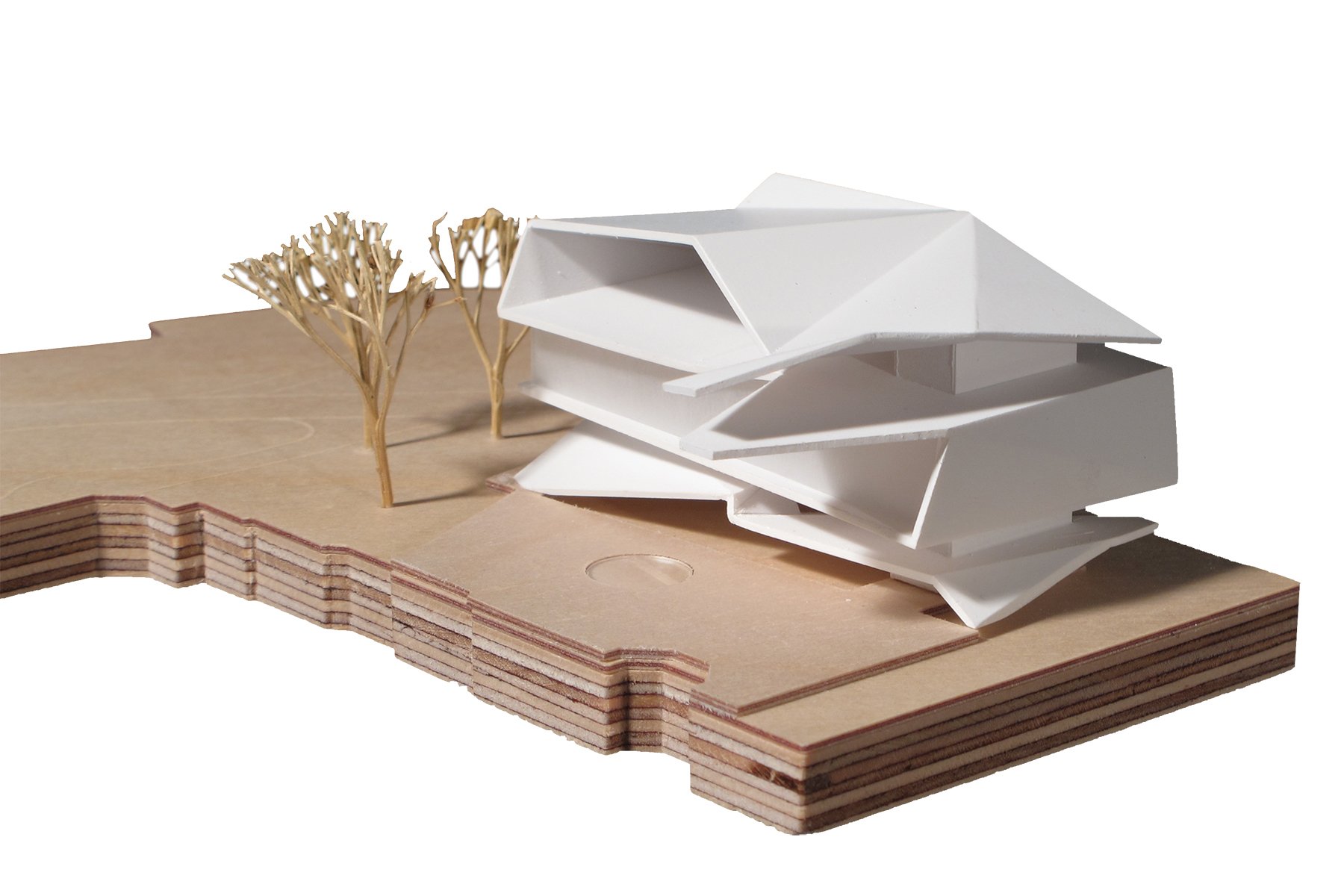 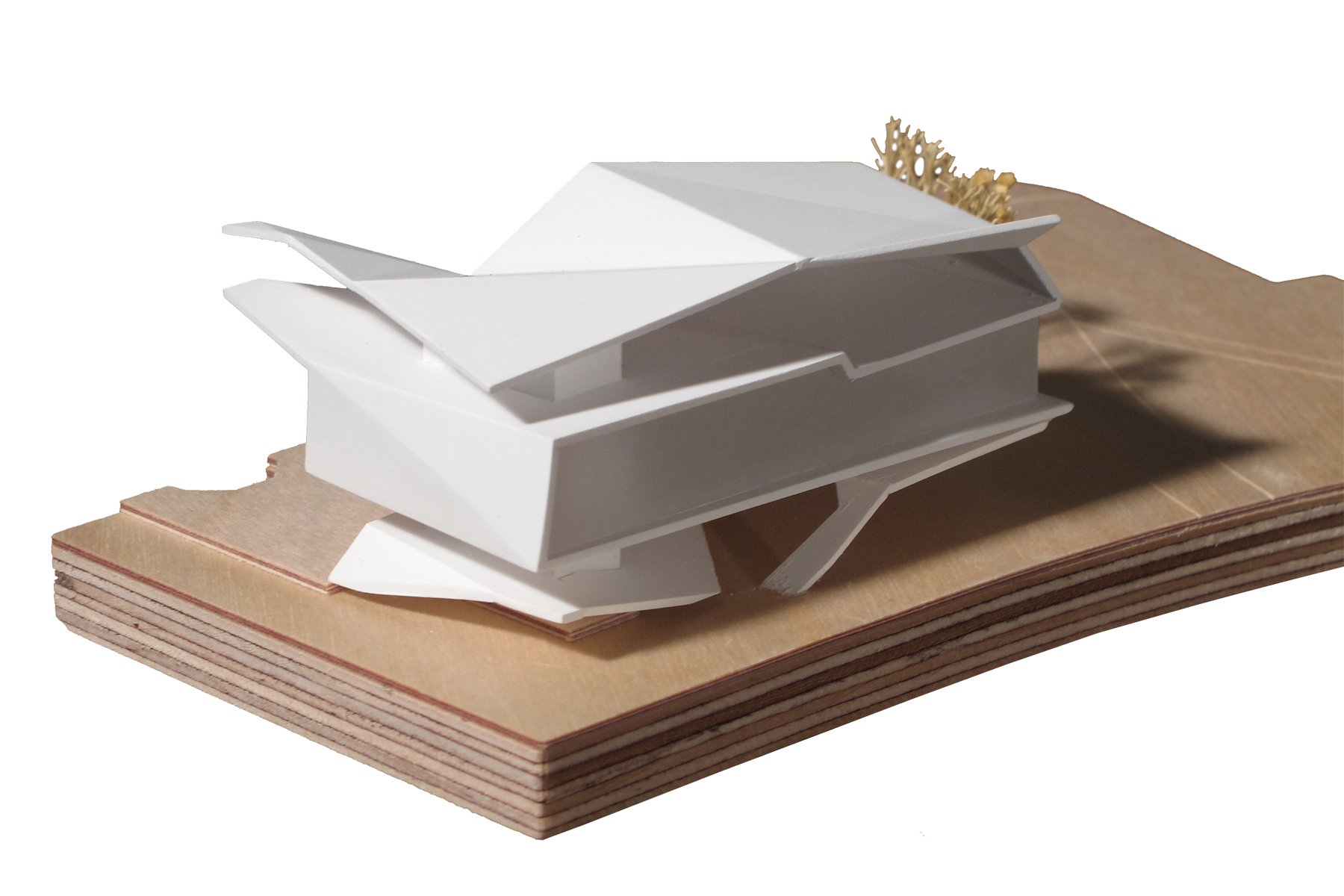 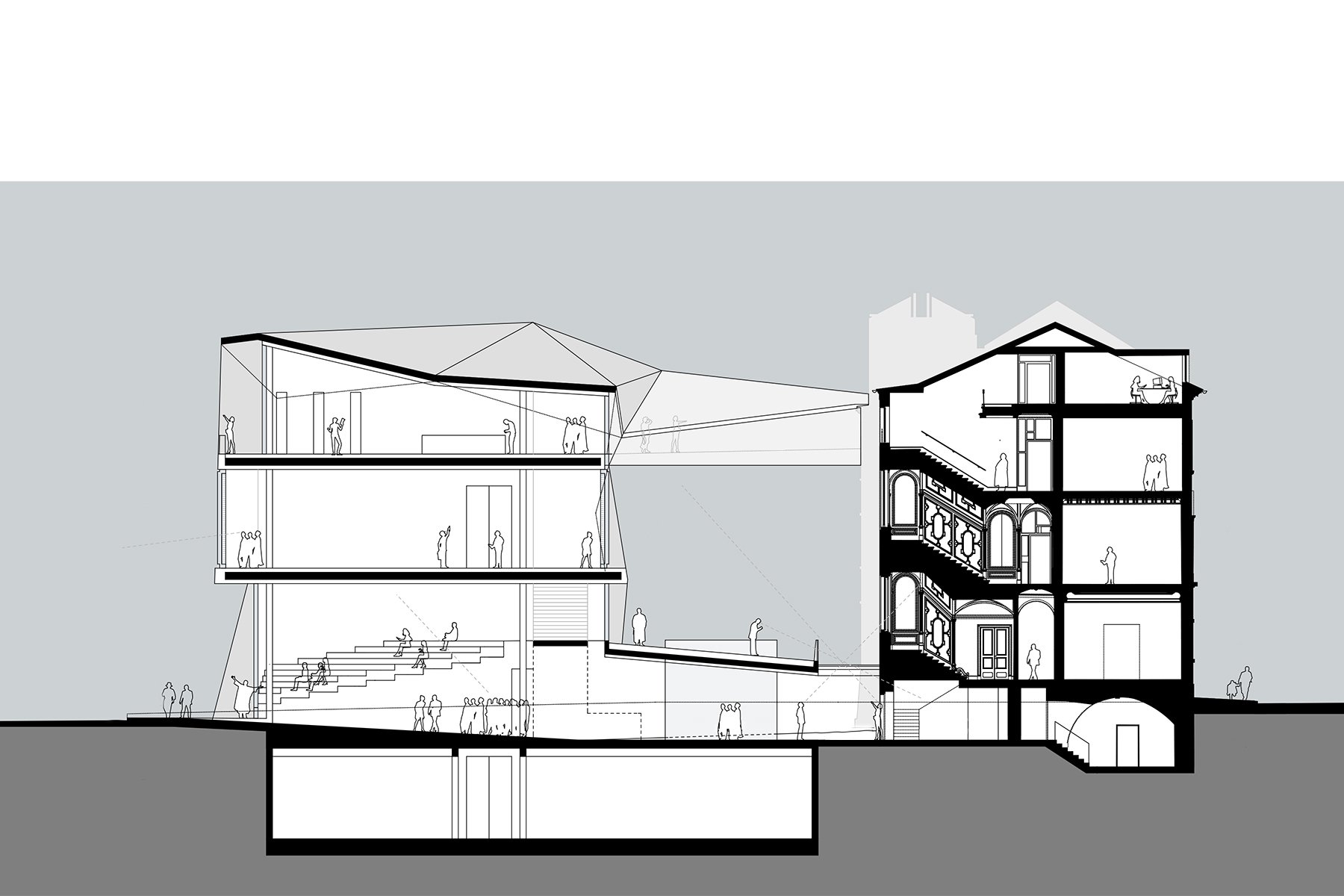 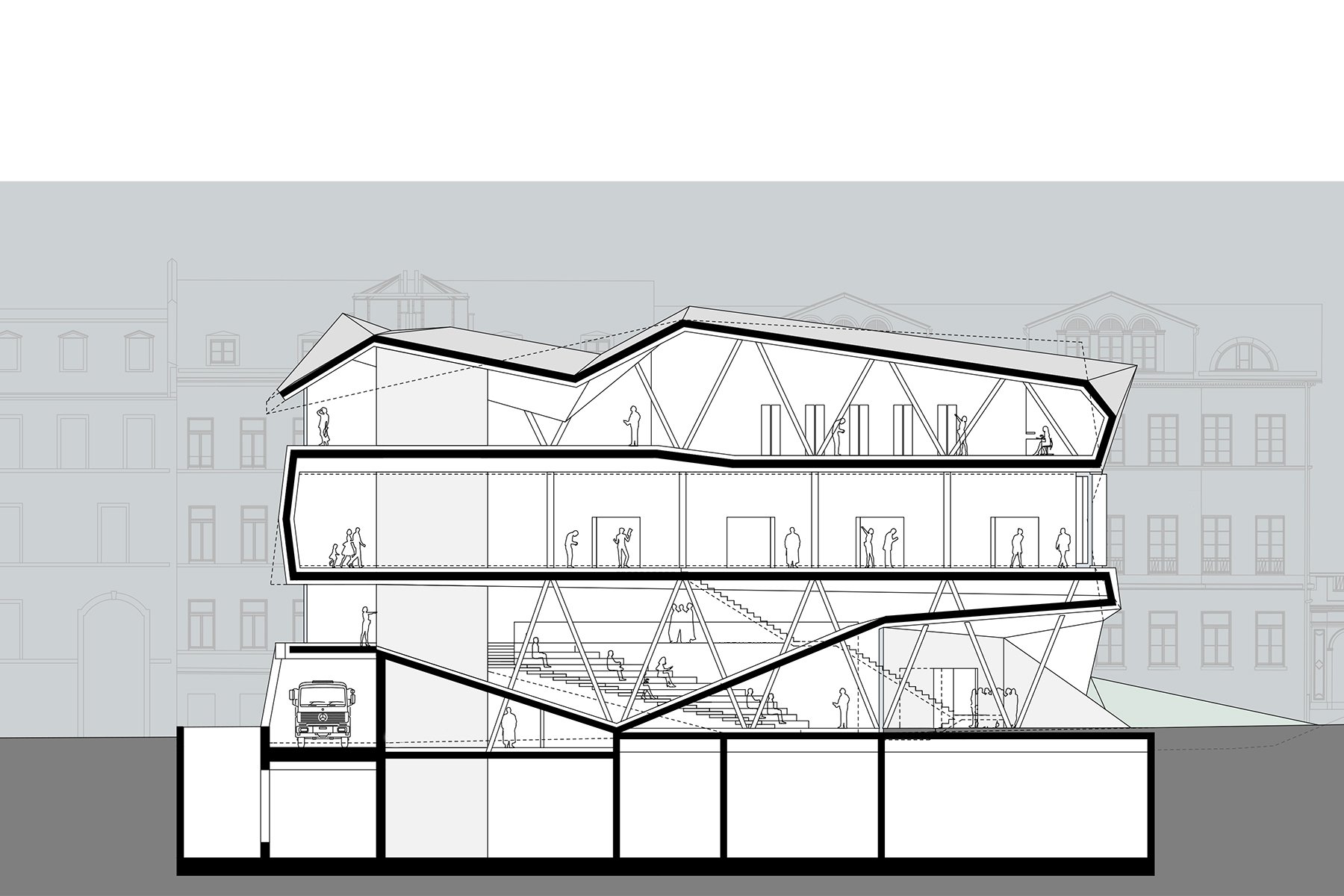 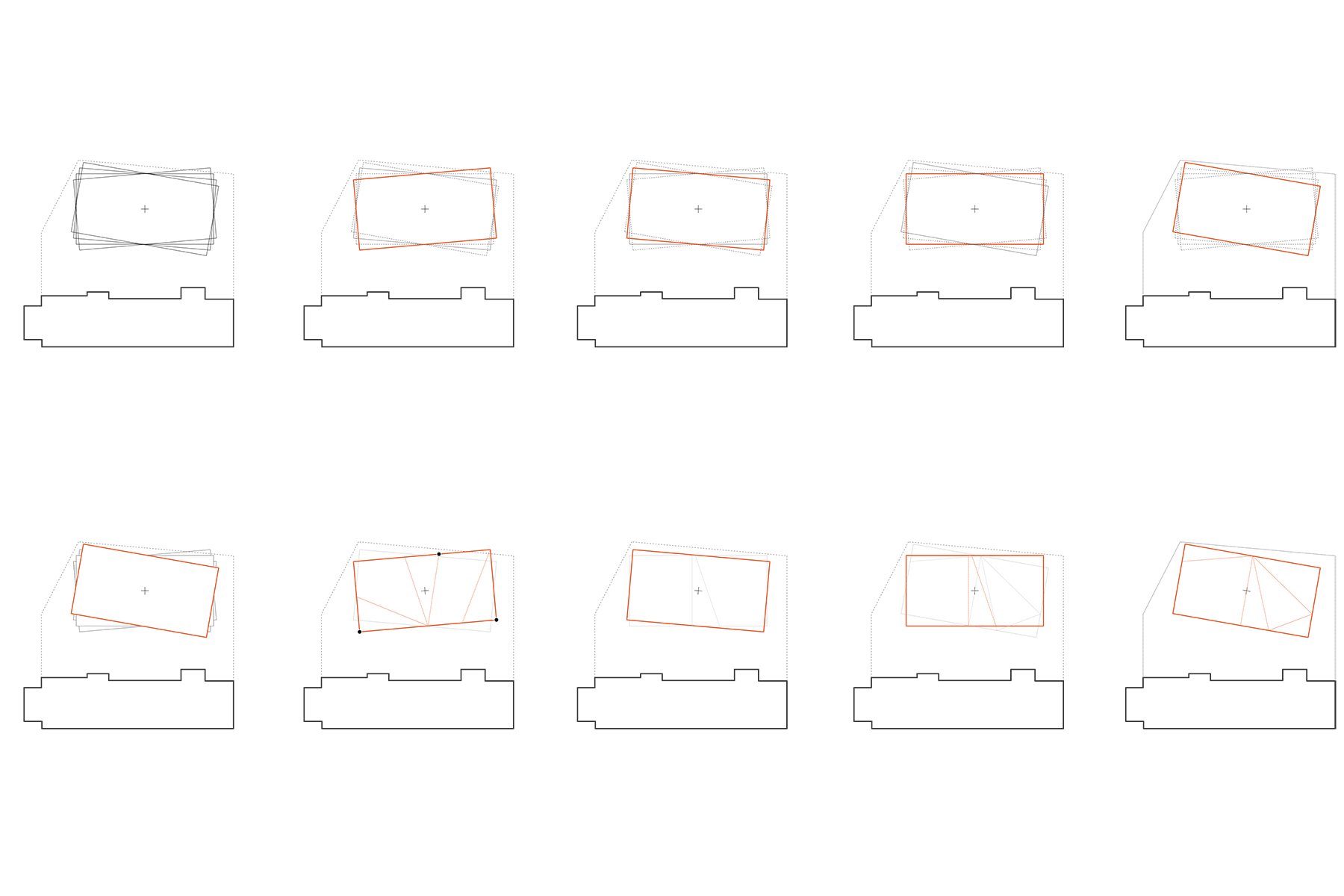 restructuring and expansion of the Jewish Museum  invited competition with LEESER Architecture PLLC, 2012

The design presents an expansion which stands for itself but also complements and newly interprets the museum’s existing exhibition space, forming a dynamic crossover concept together with the old, listed buildings. Its signature effect is reached with a detailed, “folded” facade design, symbolizing the multilayered history of Jewish life in Frankfurt, while presenting itself confidently within the urban surroundings. Together with the existing, listed buildings, the annex thus creates an exciting ensemble which convincingly connects the past with the present. While keeping a respectful distance, the expansion touches the historical Rothschildpalais at only two points: The new, generously laid-out foyer on ground floor serves as both entree and distribution area, leading to all other building parts, while a bridge on the 3rd floor of the building part‚ Untermainkai 14‘ concludes the museum tour.