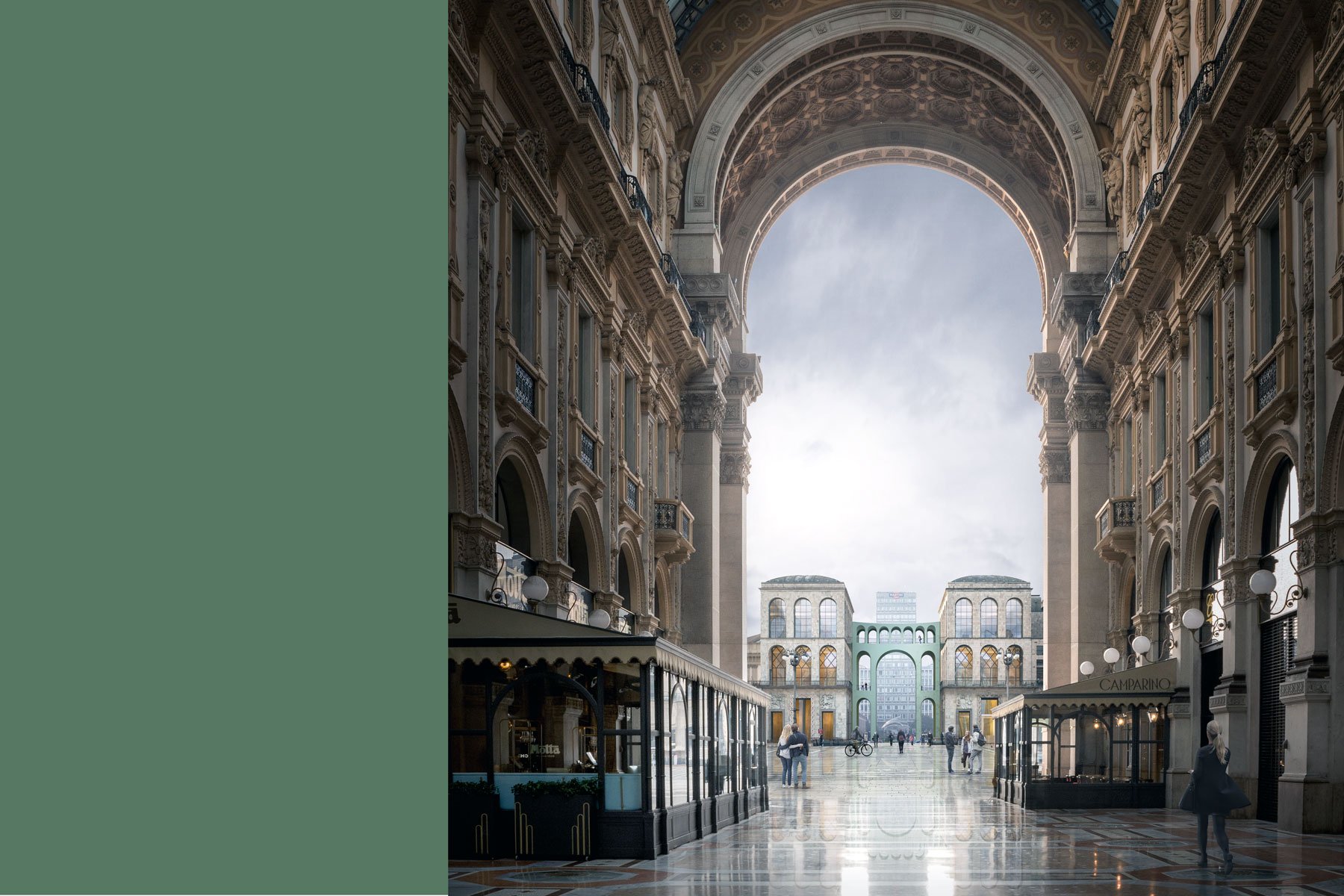 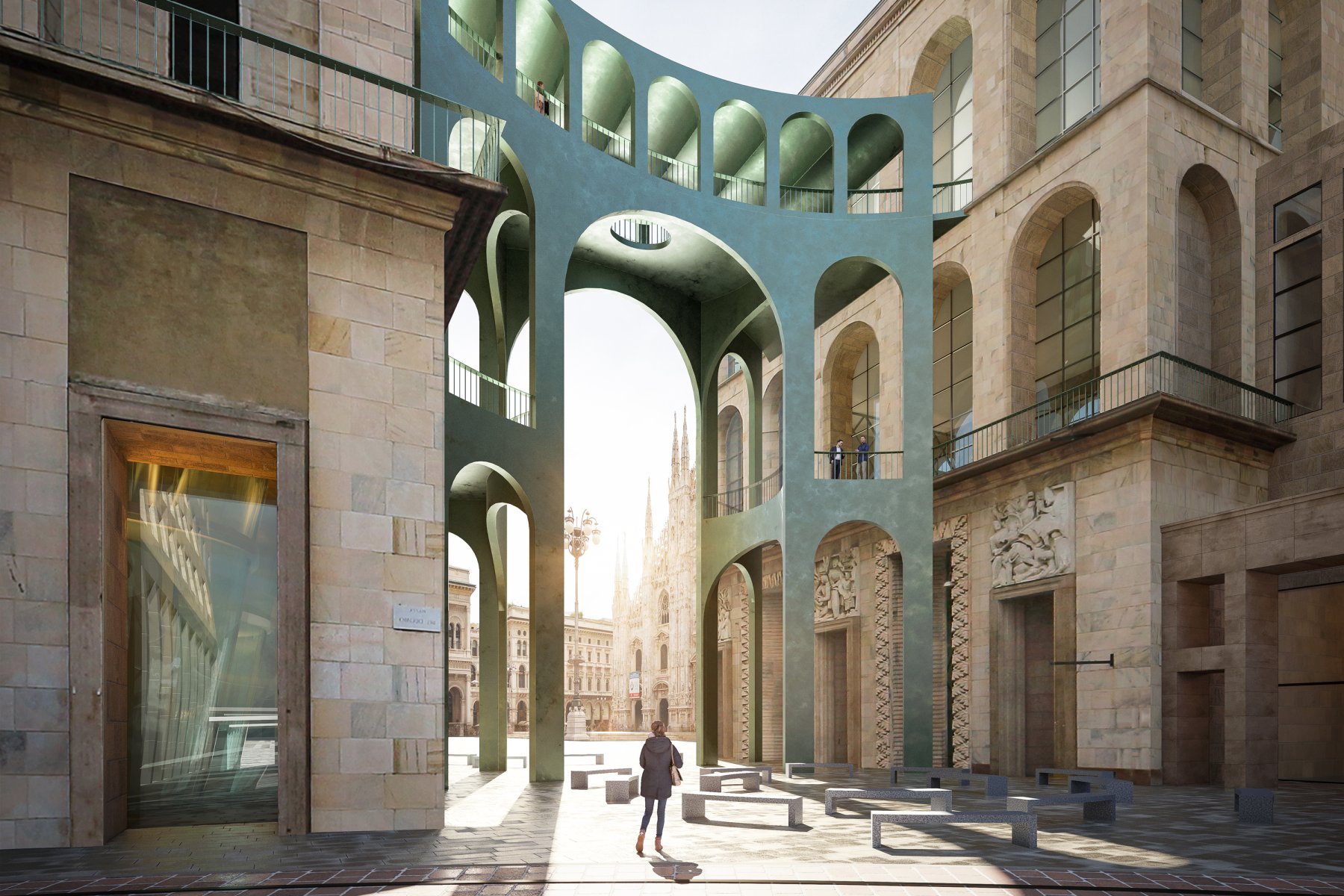 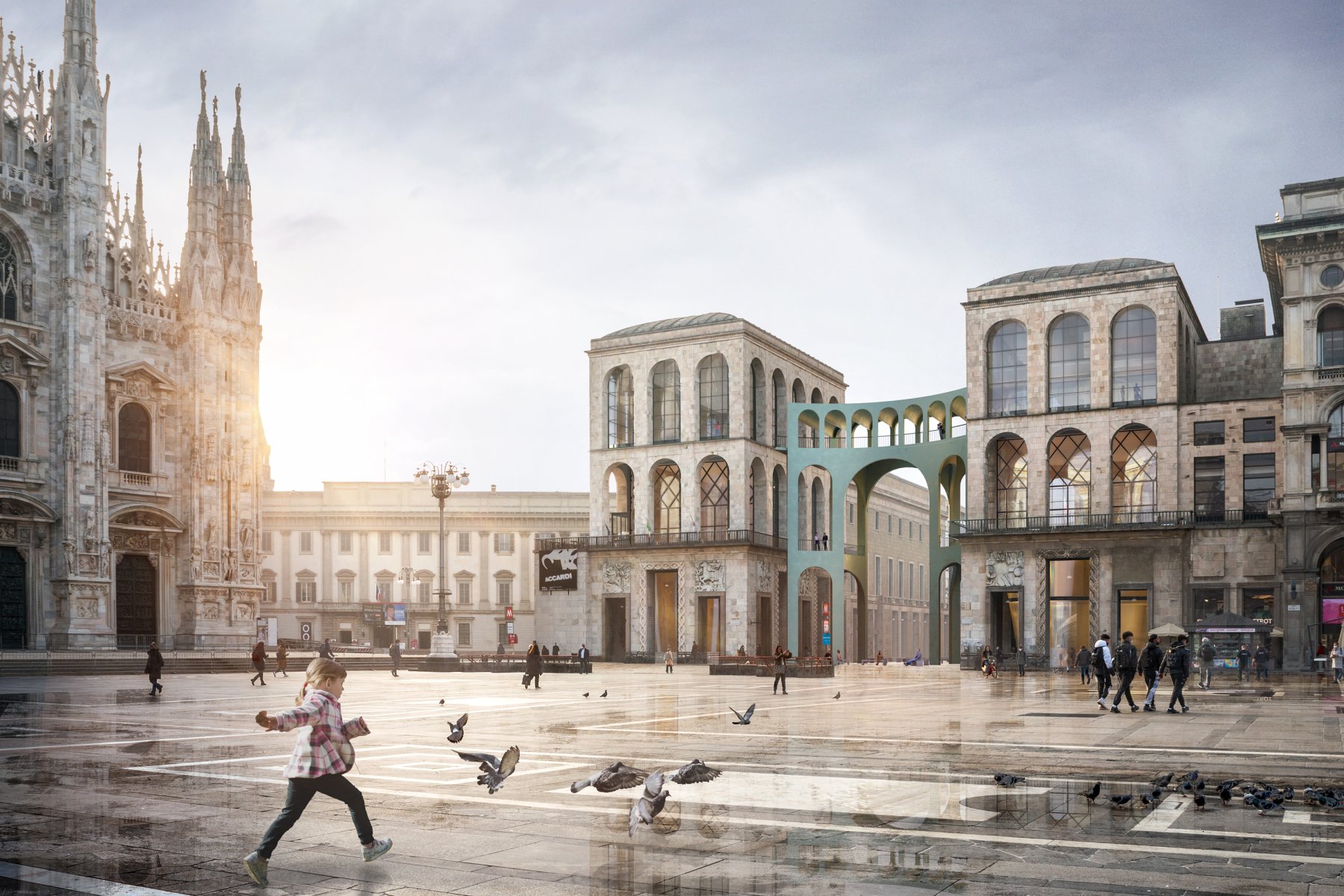 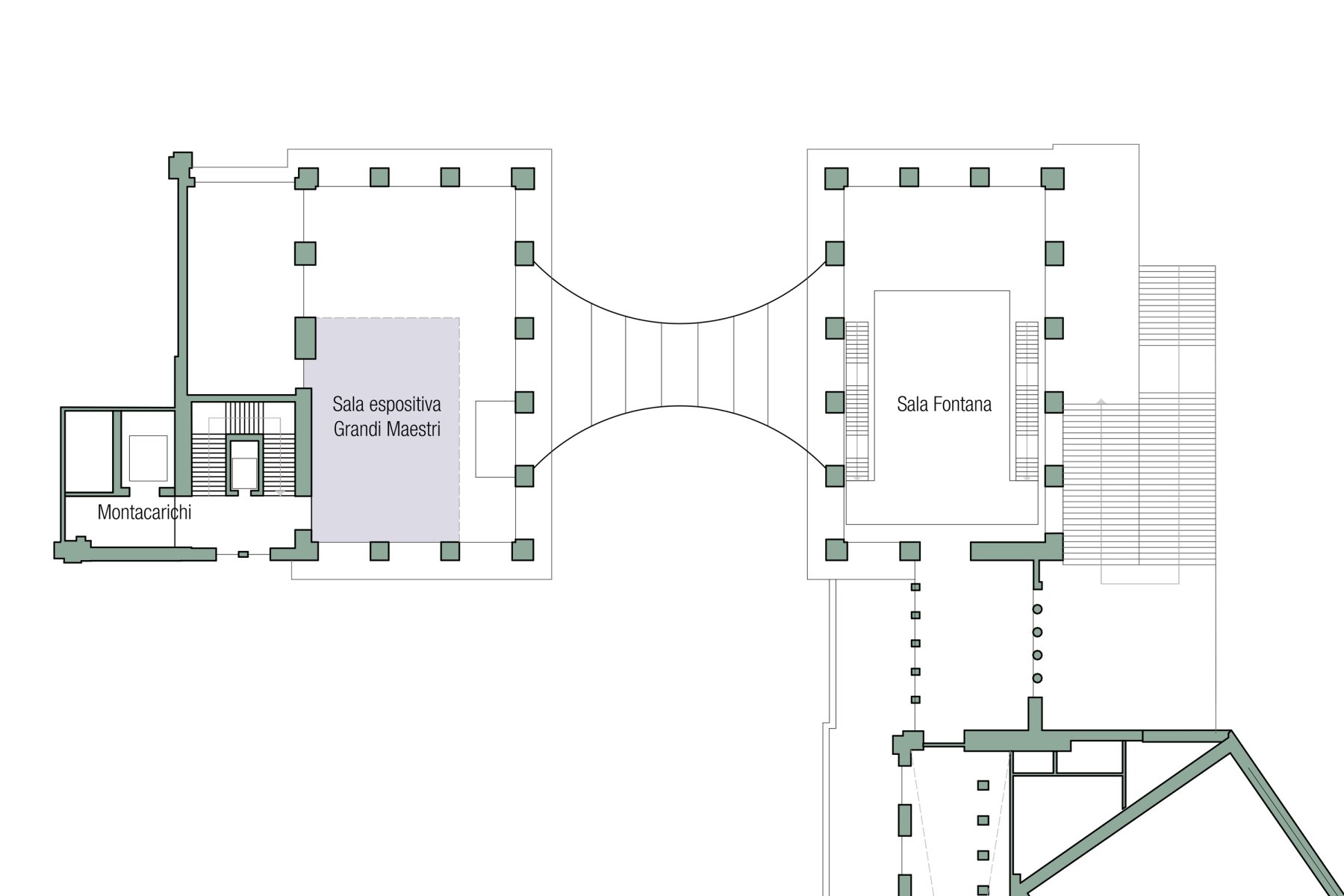 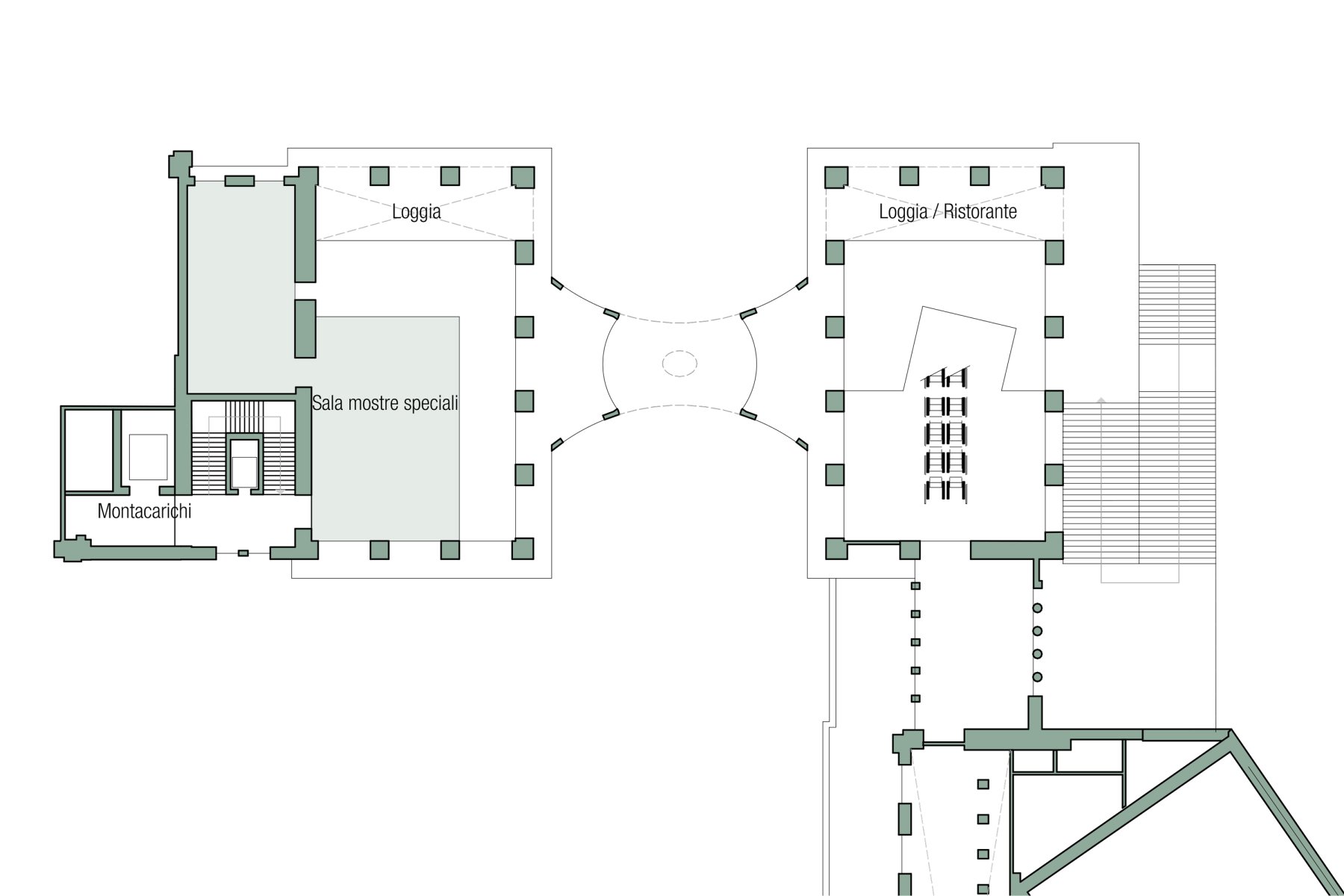 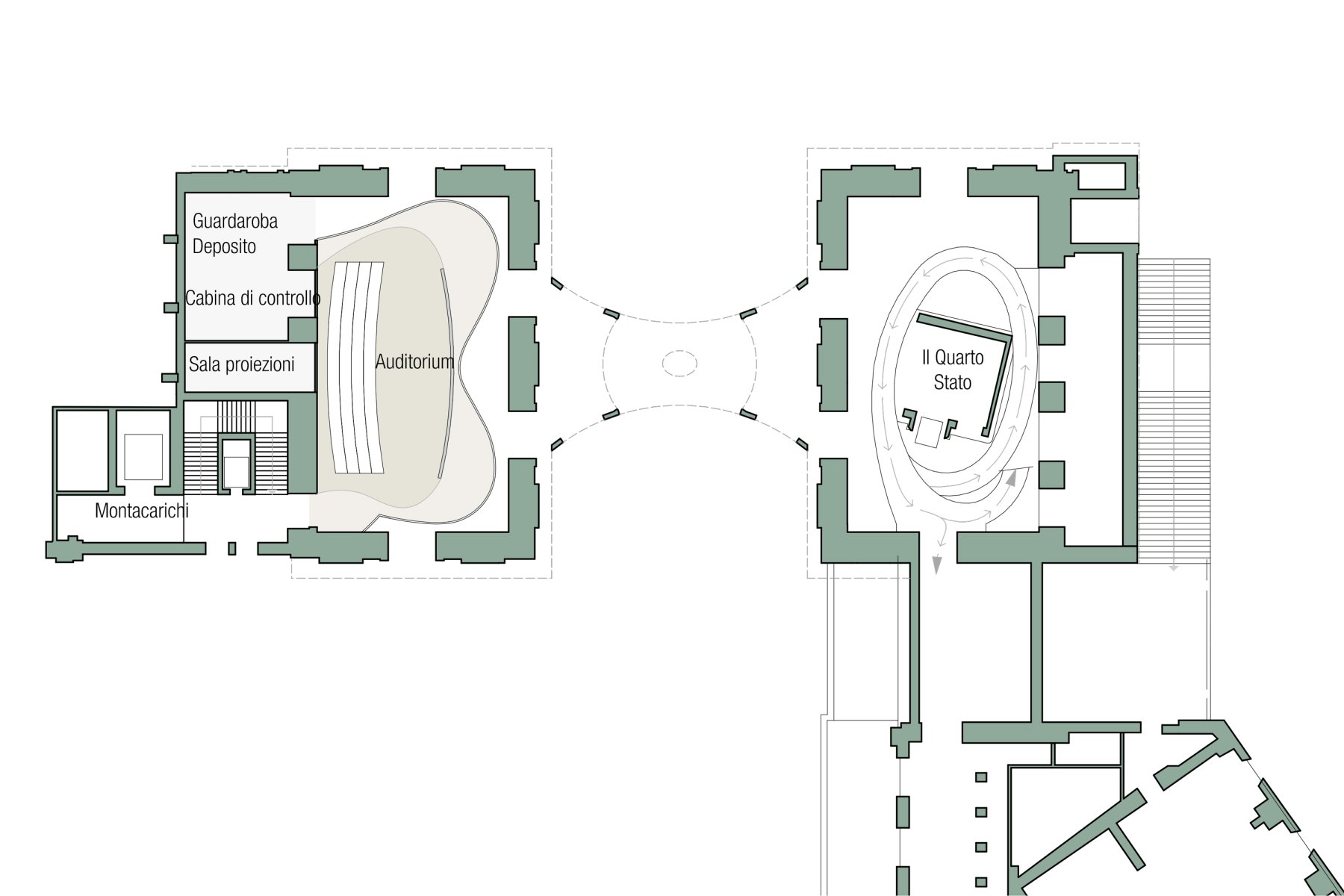 The design is based on Giuseppe Mengoni’s unfinished draft for the Piazza del Duomo, dating back to 1863. The new southern gate, opening to the Via Marconi, connects the two Arengario towers at their top level and thus merges the combined spaces of both buildings into one exhibition complex for modern and contemporary art. From the Galleria Vittorio Emanuelle II, the  axis is framed both visually and spatially, moving the museum entrance into focus. The gate itself curves and embraces two small semicircular squares which extend the exhibition space towards the public area. These two forecourts also facilitate the access to the entry points on both sides of the arch. Both modern and timeless in interpretation, the new connection of the two Arengario towers does not interfere with the design of Griffini, Magistretti, Muzio and Portaluppi, but rather complements it. The gate draws its architectural identity from familiar imagery, without losing quality and presence in the highly sensitive context of the Dome square. Constructively independent of the two flanking towers, the steel construction of the arched gate, clad with patinized bronze, only minimally touches the existing buildings. The lower level features two large balconies with a view of the Dome square, accessible from both the museum and the restaurant. The bridge at the top is roofed and doubles as a viewing platform, overlooking the Piazza del Duomo and the Piazza Diaz. The connection between the two towers was positioned at the top, to grant a natural visitor flow as originally planned by Italo Rota & Partners. Having reached the end of the circular walk in the first Arengario, visitors can cross from the Sala Fontana to the top floor exhibition space of the second Arengario which is showing works of internationally renowned artists.