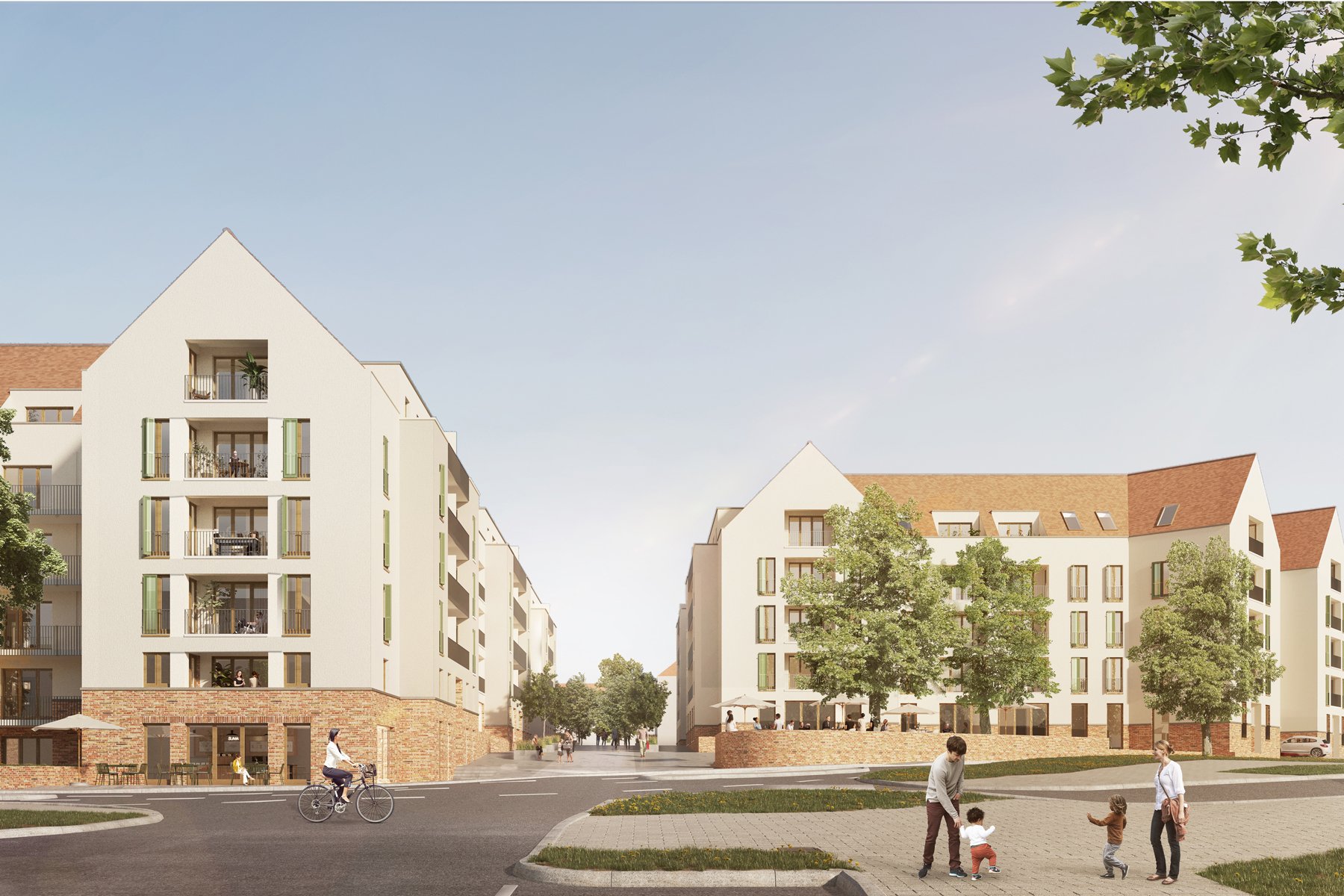 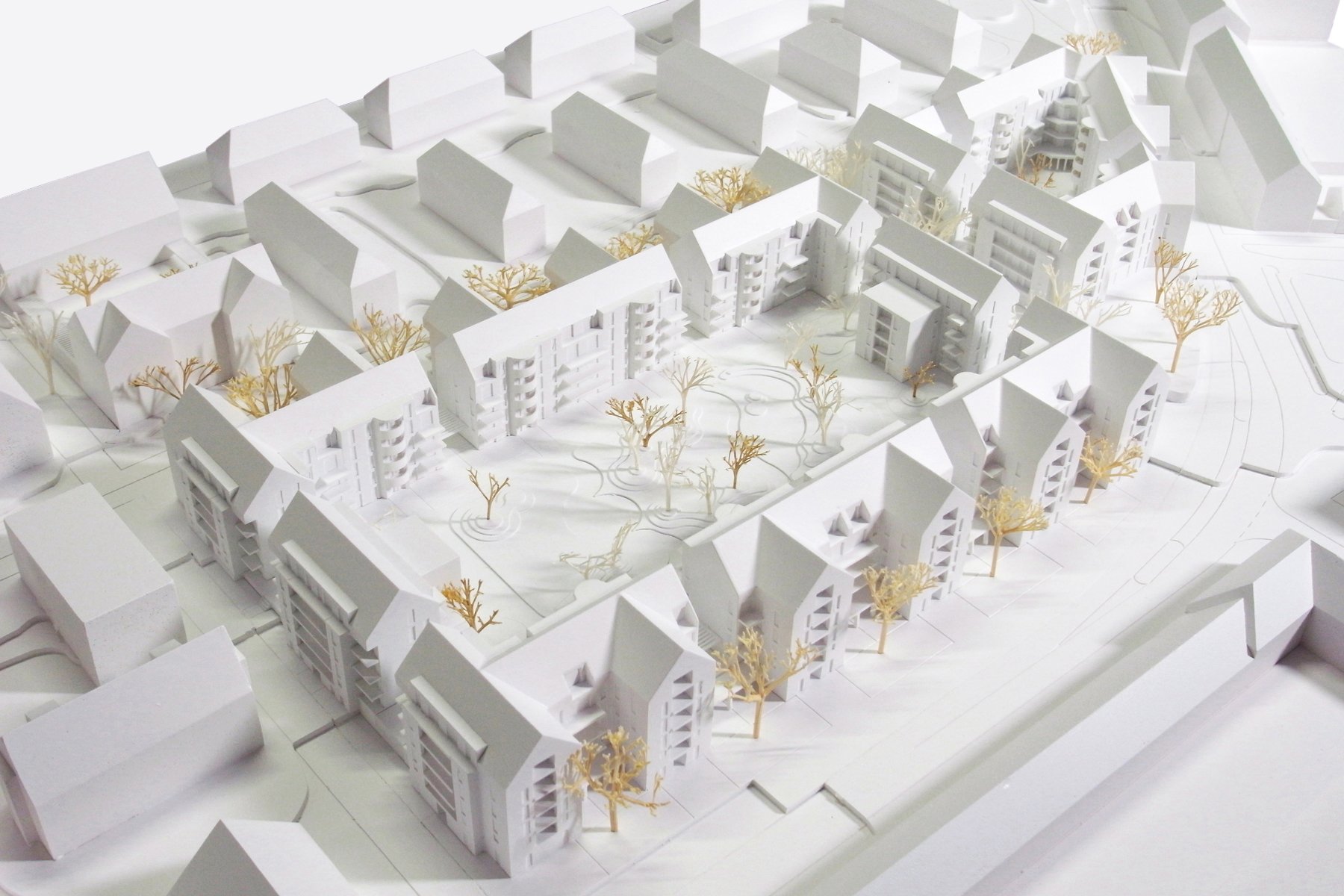 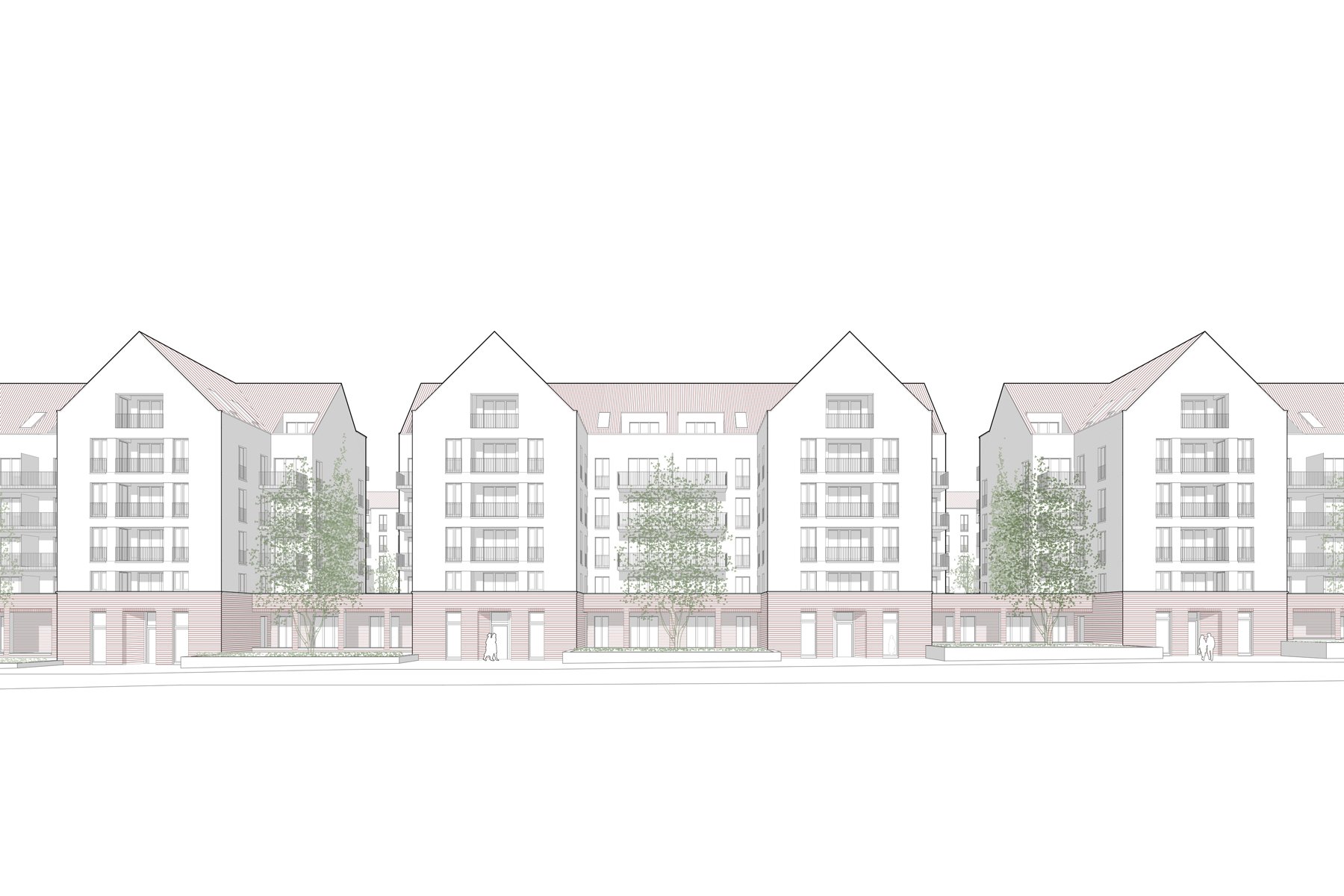 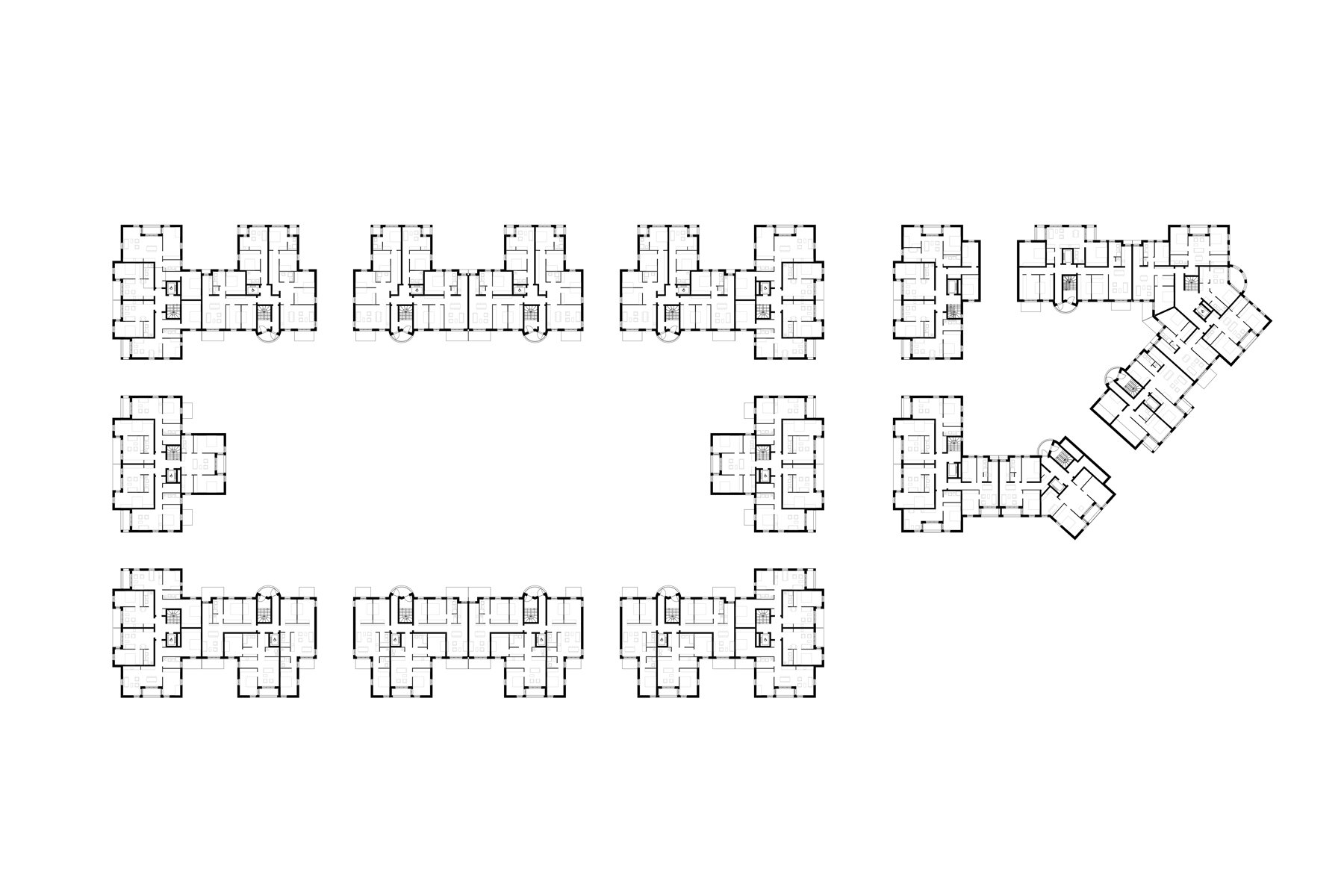 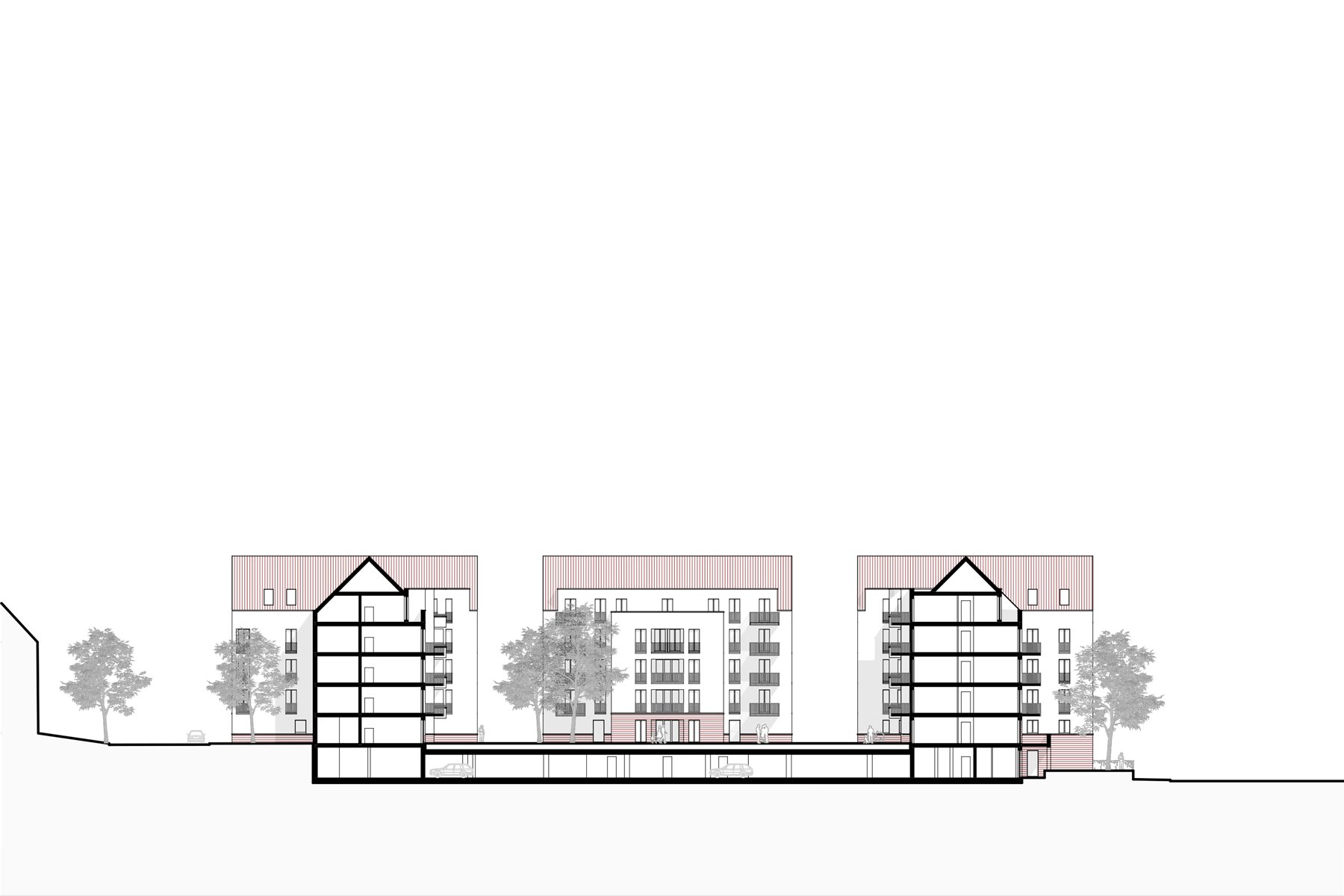 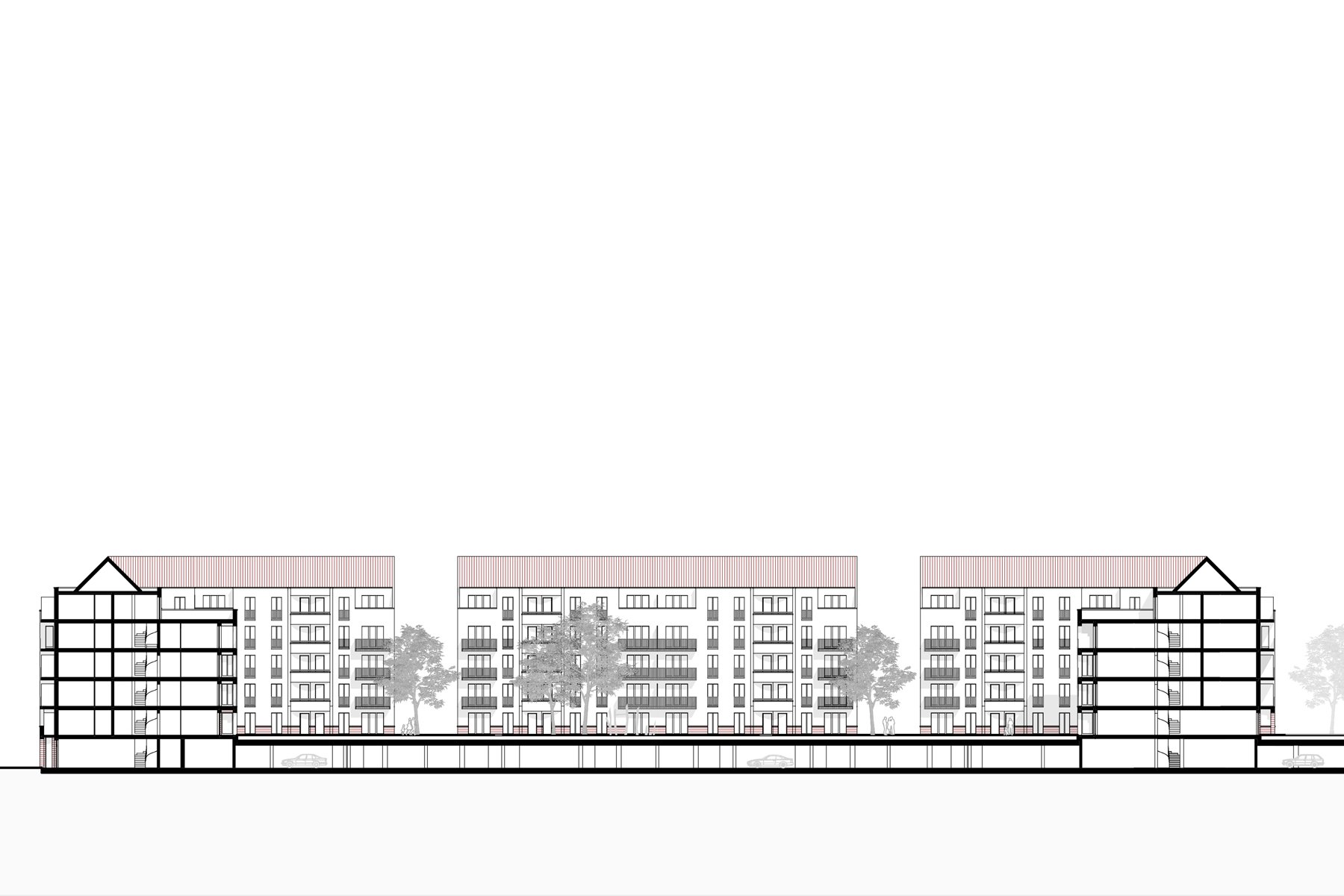 Strengthening the neighborhood of the borough and the preservation of the old trees on the premises are the two most important elements of our competition entry. The open-space concept of 2010 and its realization as a core project for the urban development of the social city already focused on communal life in the Hallschlag borough. The new concept takes up the idea of an integrative quality of communal open space and its usage as a starting point for further development. At Römerkastell and Düsseldorfer Strasse, the architecture reacts to the defined narrow rhythm of the high trees with a row of small yards. The T-shaped layouts of the buildings allow to make use of the plot in a space-saving manner, transferring the characteristic gabled construction of the Hallschlag borough to a new building structure – thus becoming the identity-forming, basic motif for the borough. The 5,000 sqm large garden courtyard is raised to the higher level of the Düsseldorfer Strasse and offers a secluded oasis – a space for games, a meeting point for all residents as well as a large community garden which can be managed together. The borough opens towards the urban Nastplatz square with a piazza, slightly raised towards the street. Framed by new buildings on two sides, it is pleasantly shadowed towards the southeast by a beautiful existing group of trees which can be preserved. The ground floor areas of the new buildings around the piazza are publicly accessible. Cafés and restaurants profit from a generous pedestrian space. Counseling centers and neighborhood facilities such as the family center are located centrally around the square, which also features access points to underground parking and mobility services (car sharing, cargo bikes, electromobility).